Beulah May Banks, 84, of Winnie, passed away peacefully on Saturday, December 10, 2022, at The Arboretum of Winnie. She was born April 12, 1938, the middle child, to Elmer and Hazel Banks in Mattoon, Illinois.

Beulah was born and raised in Mattoon; however, she lived in many states during her life including; Texas, Louisiana, Mississippi, and Montana. Beulah was not very sociable but had a very sunny disposition. Her smile was so genuine and infectious. Many might not believe it, but she was often called upon to sing with her sister for church functions and occasions when she was a teen.

Beulah struggled with mental illness but that never kept her from living life to the fullest and LOVING everyone. She lived with her sister and brother-in-law, Reverend D.R. and Evelyn Bolton, since her late 40s. Brother Bolton was a Pentecostal preacher, and this is how Beulah came to travel the United States. Wherever the Bolton family was appointed to serve, she went right along. She was often found in the church daycare helping any way possible even though she was never compensated. She was a hard worker and fabulous housekeeper. She enjoyed spending time with kids, and they adored her. Beulah never had any family of her own but was the favorite amongst her multitude of nieces and nephews. She was lovingly called Aunt “Bo-bo” by her brother’s five sons. She was always excited to receive company and had you a fresh glass of tea within minutes of your arrival. She was the fun Aunt, the one that you could joke with and even laugh till you cried with the “Dr. Pepper burps”.

The Bolton family always had a farm and Beulah could be found feeding the chickens, picking from the garden, or even just taking a minute to enjoy the day and sit on the top of the doghouse visiting with the pets. Animals loved her just as much as her family and any time she was seated resting you can bet there was a dog sitting right atop her chest! She was a ray of sunshine that worshiped the Lord and lived her life according to his will. She was a treasure and will be missed by many. We are asking that everyone take a moment and think of a memory with Beulah. Please reply and share them with us as a form of memorial to her life as the family will be reviewing the comments in tribute.

Cremation arrangements for Ms. Beulah will be handled through Broussard’s Crematorium, Beaumont, under the direction of Broussard’s, 134 West Buccaneer Drive, Winnie. 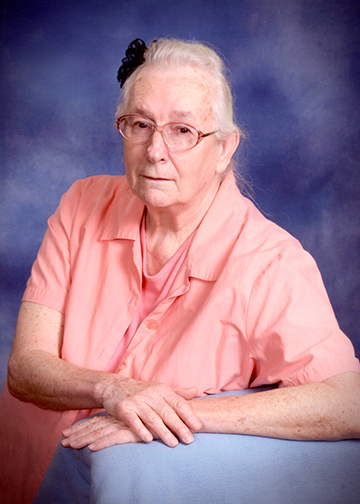 omg just loved her
sweet person,, my prayers to all

She was always kind and soft spoken. I know Sis Bolton will miss her along with other family members. We will see her on the other side and she will have a new body!!!!!!

Aunt beulah had a servants heart. Always waiting to help someone. She lived her pets. Sweet memories of a sweet lady.

We will always love you!!!!