Bruce Wayne Jennings was born in 1958 as the fourth child and second son of Joseph and Rosemary Jennings.  He was truly the baby brother that was loved and cherished by all of his five siblings.  Bruce grew up in Port Acres, Texas and graduated from Stephen F. Austin High School in 1976. During his school years, he was actively involved in sports and cultivated his love of hunting with both his father and grand-father.  Some of you may remember his Freshman year, when his Austin Junior High football team broke the 44 game winning streak of Edison Junior High.  Or, maybe you remember how he was voted Mr.  Austin Jr. High and Mr. Spirit.  Bruce was, without question, a class favorite.   You can ask any of his siblings and they can tell you many fond memories of growing up with Bruce.  Many of these stories will include accidents and injuries that inevitably occurred on various family camping trips or while he was being all boy.  They will also tell you about his deep infectious laugh and charismatic personality.  Through every story told, you hear the love and affection his brother and sisters have for him shine through.

At 18, he started working at Gulf Refinery.  Although the name changed many times, on May 5th of this year, he would have worked with that same company for forty-five years.  Loyal and hard-working are clearly words that many would use to describe Bruce.  In his early twenties, he had his daughter Jennifer.  Some of you may remember seeing Bruce shine at numerous dance recitals where he did everything from run the lights, curtains and music to actually dance on stage. He would do anything for his little girl.  In his early thirties, he had his son Jonathan.  He loved coaching Jonathan’s team and was his biggest supporter.  But, what he may have loved most was sharing his love of hunting with both Jennifer and Jonathan.  Both have fond (and entertaining) memories of moments in the marsh with their Dad.  Jennifer and Jonathan were the light of his life. He would still do anything for them and was immensely proud of the adults they have become.

In 2005 he married his wife Jana.  They were actually elementary school sweethearts.  Therefore, it was no surprise when they found each other again later in life. Once again, falling in love. Their marriage was full of laughter and special moments, both big and small.  They were each other’s always and forever.  If you ask Jana about the most memorable anniversary gift she received from Bruce, she will likely tell you the story of receiving a boat…. with no seats!  It is through stories like this that one feels the realness of their life together.

His support and love of family was unwavering. He was a beloved Uncle to his many nieces and nephews and their children (and recently their children’s children).   Each could count on Uncle Bruce to show up at graduations, weddings, births (he really loved the babies!!) or any “special” to you occasion.  Bruce had a unique ability to relate, listen and share in our joys.  He loved a good story and always made time to listen or sit and chat.   His loving smile, big hugs and sweet nick names like “Sugar” or “Mamie Burns” will be some of the many things missed.

As the above illustrates, all of us have known Bruce in a variety of roles – husband, father, brother, brother-in-law, uncle, cousin, mentor and trusted friend.  He had an eternal love for family, a kind heart for his friends, a passion for what he believed in and a deep abiding faith.   In whatever role you knew him, it was a privilege. To know him was to love him and be loved by him.

Although God took Bruce home too soon for us, Bruce would not want us to be sad at his passing.  Rather, he would want you to shift your thoughts from missing him to remembering each time he wrapped you in his embrace, each time he warmed you with his smile, and the many joyous events he shared with you throughout the years.  Yes, we will always miss him.  But, we will also all carry a part of him with us in our hearts and souls.  Thus, he will always be near, always loved and always held dear.

A gathering of Mr. Jennings’ family and friends will begin at 9:00 a.m., with his memorial service to follow at 11:00 a.m., Saturday, March 5, 2022, at Broussard’s, 505 North 12th Street, Nederland. His cremation arrangements will be handled through Broussard’s Crematorium, Beaumont. 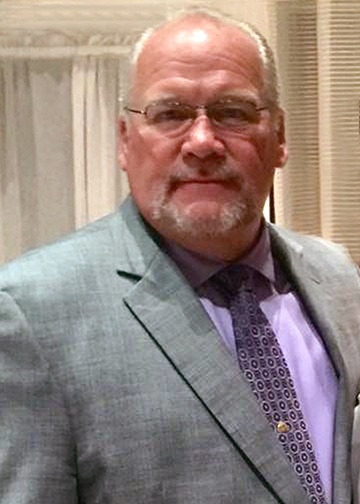 I’ve read all the comments about Bruce, so true in describing this man. Meet Bruce before he for Gulf and then meeting again at the Gulf. I send may condolences and prayers to you all. God bless you and be with you.

Jana – my thoughts and prayers to you and your family. I was so happy to know that you and Bruce reconnected the love you two had for one another and married. Sending you big hugs.

Jana I am praying that God cover u and wrap his arms around u as u go though these days and months without your dear Bruce. I’m here for u whenever u need me as days months and years go by. May God give u and your family strength as you get though these days to come.

Jana and family- I am very sorry to hear of your loss- Bruce was a special man, and I know you will continue to cherish your memories together. Know that all of you are in my thoughts and prayers during this difficult time-
Jill Eaves Matthews

Jana and family, Our thoughts and prayers are with y’all at this time of loss. I’m so thankful And Blessed to have known Bruce and also to have memories of spending time with you and Bruce. He will be so missed!! Jana, know that I am here for you my friend! Love and Blessing, Sheila and Randy

Rest in peace, Bruce Jennings. Though we were cousins, we had quite an age difference between us (24 years) so when you came along in Texas, I was busy raising a family of 5 in Louisiana. Yet the memory of meeting you for the first time when you were about 4 years old is still very fresh in my mind. Your smile and personality were so genuine and endearing it was ‘love at first sight’ Then the next time we met you were a young man and that memory solidified what I felt of you at 4. You cou7ld look at a person and see right through them no matter how little you knew of them and liked them as much in spite of what you saw as well as what you saw. Not many people can do that. You must have fit right in the moment you entered Heaven.I know you will be missed but the memories you left behind will NEVER be forgotten. Prayers to all who loves and will miss you so!!!! You have a lot of Clement family to meet up with up there. Tell them hello for all of us! One day we will!!
Cousin Rita from Louisiana Bayou Country!!

Jana I am so sorry for your loss and I am praying for comfort for you and all of your family. I was happy to hear all those years ago that you and Bruce were together. I still have a yearbook from junior high that you signed with “JB + BJ” so it always seemed like it was meant to be. You will continue to be in my thoughts and prayers.

What a wonderful son-in-law you were.
Such a kind and loving man you were. I will miss you.
When I think of you I will remember 2 Sunday’s ago. What a beautiful sunny day at Pinetree. Gene and I were treated to a great visit and great meal with you and Jana.
I am thankful for this last wonderful memory❤️ Your MIL

My early memories of Bruce go immediately to Pease Elementary school. He was one of the first to make me feel comfortable in a new and very different environment. My early exposure to “the marsh” and “mallards”were through his drawings. I remember him as a sincere, independent thinker. A good person. My sincere condolences to Jana and the family.

Dear Jana, I am so very sorry for your loss. May the Blessed Mother and Our Lord and Savior comfort you as they welcome your beloved husband into his heavenly home.

To the Jenning’s clan and their extended family. I wish you peace during your time of mourning and pray for your encouragement in accepting God’s will in taking such a loving man who was the center of so many lives. But who better than he, who had loved to the full, enjoyed life with such gusto and shared what he had and knew with all who asked of him. No doubt he heard as he entered heaven, ‘Well done, good and faithful servant. Enter into my rest.’
Miss you little cousin. See ya soon!

You will be missed so much.
My 8 year at Green Acres, when you came in You had a glow around you with your smile. We just got a glimpse of your presence. As said above you was a strong loving man to family and friends .
To your family. I pray for all for you. My short time of knowing him,You all are so blessed to have him.

Worked with Bruce at the Gulf. I was a machinist when Bruce came in as a apprentice. I had a laugh a minute showing him how a field machinist plied our trade. He picked it up fast and made a good hand. Always happy and jovial. Gonna miss him. In GODS CARE NOW. RIP Bruce Wayne.

I may not have seen you recently, but you live in my heart and the hearts of Stephen F Austin class of 1976 Forever. Praying for your family and friends. Keep your eyes to the hills for God’s everlasting Grace.
Charlotte Venison Newman.

Brian and family, my heart goes out to each of you. May God help you through these days ahead.

To the family of Mr Bruce Jennings,
you have my deepest sympathy and condolences and, Mr Bruce was the third person that I I met when I started Valero at the Fannett terminal in 2016
. I didn’t always understand his motives or the the way in which he did things, but I realized he was just old school and he was set in his ways. I learned a lot from him while being employed at Valero especially on the LPG side of the business. I pray that the Lord comforts you all and gives you understanding, as well as the strength to keep pushing forward. You have my deepest sympathy and condolences Chuck Wilson Valero Lucas terminal

Jana,
I’m so very sorry for your loss.
I have fond memories of you sharing “Bruce” stories on the way to Tennessee.
I’m praying for you and all the family.
Love,
Stephanie