Carol Gaddis, 85, of Beaumont, Texas passed away on Friday, April 22, 2022, after a brief illness.  She was born in Houston, Texas on September 16, 1936.  She met her husband, Frank J, at Lamar High School and they married in 1955 before he left for basic training in Virginia.  They were soon stationed in the Panama Canal and Puerto Rico and Carol often said those were some of the best days of her life.

They moved back to Houston, Texas and while Frank pursued an engineering degree at University of Houston, she worked at Texas National Bank.  Upon graduation they relocated to Beaumont and set up home.  To know her was to know her vivacious laugh, blue eyes, and dimpled smile. Carol enjoyed neighborhood get togethers, especially the Ivy Lane Watermelon Party.  She played Tennis, sold Tupperware and Amway all while raising her three children.  She loved to sew and made many of Teri and Tracey’s clothes.  She had a meal ready each evening and loved to cook, often bringing meals to others, and never going to any event empty handed.  She was active in the Social Sorority, Beta Sigma Phi and served as President in 1970.  As her children got older, she began working at Sears and enjoyed 25 years as a sales associate.

Upon retirement, Frank and Carol moved to Colmesneil, Texas and enjoyed the country life.  She was a lover of dogs and there was always a family pet around. She enjoyed her grandchildren and spent summers entertaining them while they were on summer break.  They moved to Lumberton, Texas in 2011 to be closer to their son and daughter in law but still craved the country.  Carol loved to work in the garden and sit on her back porch and see the birds and rabbits that would come to feed. Her owl collection grew over the years, and it was hard to part with them during their many moves.

Frank and Carol visited the Panama Canal in 2016 and toured the areas they had lived in all those years ago. They traveled to many places including Chicago, Canada, Costa Rica, California, Hawaii, as well their beloved Texas Hill Country. She was a dedicated mother, attending and carting not only hers but other kids to football games, dance classes and cheer practices. She was an attentive wife to Frank for 67 years. Carol didn’t meet a stranger and welcomed all the kids to her house.

Carol is survived by her husband of 67 years, Frank Gaddis, son and daughter in law, Tim and Sherrie of Beaumont, daughter Teri from San Antonio and daughter and son in law, Tracey and Felipe Cantu.  A brother, Glen Apffel of Austin.  She has a granddaughter, Katie Korte and her husband, Kevin, grandson Tyler Gaddis and his wife Keeley and grandson Benjamin Cantu.  She also has two great granddaughters, Madeline Gaddis and Kamdyn Korte.

Carol was preceded in death by her mother, Audrey Apffel and father, Robert Apffel.

We would like to thank the Nursing staff at St. Elizabeth Hospital and Collier Park for their compassion and concern.  We especially thank Carol’s caregivers, Maryann and Cathy, for their loving care.  While we were not ready for Carol to leave us, we saw God’s hand throughout her last few weeks and know she is with Him now, free of pain, clear minded and loving us like only she could do.

In lieu of flowers, memorial contributions may be made to Down Syndrome of Central Texas (DSACT): http://dsact.org or 3710 Cedar Street, Box 3, Austin, Texas 78705

A gathering of Mrs. Gaddis’ family and friends will begin at 10:00 a.m. with her memorial service to follow at 11:00 a.m., Saturday, April 30, 2022, at Broussard’s, 2000 McFaddin Avenue, Beaumont. Her cremation arrangements were handled by Broussard’s Crematorium under the directions of Broussard’s, Beaumont. 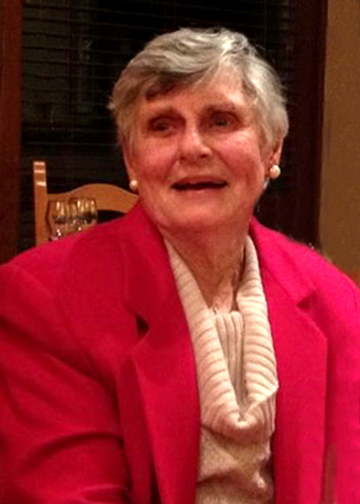 We loved Carol and we know she loved all of her family and friends. She wrote such wonderful letters showing her care and concern for people. Winnie & Buddy considered her a good friend and enjoyed being with Carol and Frank. What a legacy of love and honor she has left for her family and friends. We love you all and are praying for you the comfort of our Lord Jesus Christ.

I well remember my time spent next to your family on Dewberry Lane in Beaumont. Carol was a great neighbor because I was just starting my family and we had no family there. I always enjoyed Tim and Terri and well remember when Tracy was born. Your mother was a lovely neighbor.

We are so very sorry for the loss of your mother.

Please accept our heartfelt condolences on the loss of your beautiful Mom. She lives on in her children and all those that knew and loved her. Celebrate her life and cherish the memories. Much love to the Gaddis Family. God bless you always.

Every visit with Carol is a joy and brings a smile. Such a warm and happy soul, sharing and loving life and the people in it. I already miss her. May God grant peace, comfort and acceptance to Carol’s family and friends with this great loss. Much love to you and all those you hold dear, Velma

Tim and Sherry, I am so sorry for your loss. Tim, your mom sounds like she was someone I would have loved to have known. I believe her laughter lives on in you.

You are all in my prayers,
Nina Priest

Tim – my deepest sympathies for the loss of your Mother. Praying for you and your family.

I am so so sorry for y’alls loss. We were in Amway 30 years ago and what wonderful memories I have of spending so much time with Frank and Carol. We had alot of good laughs she was always so sweet. Prayers to the family always.

Tracey, you and your family are in our thoughts and prayers at this time. Remember your mom always being so friendly whenever I saw her.

I was saddened to hear of Carol’s illness and shortly after her passing.
I was blessed to have worked with her many years ago at Sears. I was a young college kid working in sporting goods and she was in the men’s department. We spent many evenings working together and visiting. She was always a happy and positive person with an easy going contagious demeanor. I thank Terry for helping her mom and me stay in contact all these years.
Blessings and prayers for her family and friends. I know she will be missed by many.

Tracey, so very sorry for the loss of your mom. May your memories sustain you and your family at this sad time.

Please accept our heartfelt condolences on the loss of your beloved Carol. I am grateful to have caught a glimpse into the loving and caring person she was through the visits with her at various family gatherings celebrating Benjamin. She was a kind and generous spirit, and the best word I can think to describe her would be lovely. The love for her family was palpable, and I hope during these difficult days you feel that same love embrace you. Blessings to the entire Gaddis Family.

With love, the Alvarez Family (Claudia, Carlos, Carlitos and Diego)

Frank, Tim, Teri and Tracey: We are so saddened to learn of Carol’s passing. She was the most special neighbor; we loved our years next door to the Gaddis family on Ivy Lane. She was a great example to me as I was a new mother. I will always remember her blue eyes and lovely smile! Jay and I love you all and send our condolences on this huge loss.