Charles Robert Tremonte, 65, of Kountze, died Thursday, December 19, 2019, at Baptist Hospitals of Southeast Texas, Beaumont. He was born on January 24, 1954, to Bonnie Soileau Tremonte and Ross Tremonte, in Lake Charles, Louisiana. Charles was a retired railroad engineer from Southern Pacific and retired from Union Pacific after thirty-four years of service. He was an avid fisherman and enjoyed birdwatching. Charles was a loving father and grandfather.

A gathering of Mr. Tremonte’s family and friends will begin at 12:00 p.m., with a Mass of Christian Burial to be celebrated at 1:00 p.m., Monday, December 23, 2019, at Our Lady of Victory Catholic Church, 225 West Barkley, Sour Lake. His interment will follow at Rosedale Cemetery, Sour Lake, under the direction of Broussard’s, 1605 North Major Drive, Beaumont. 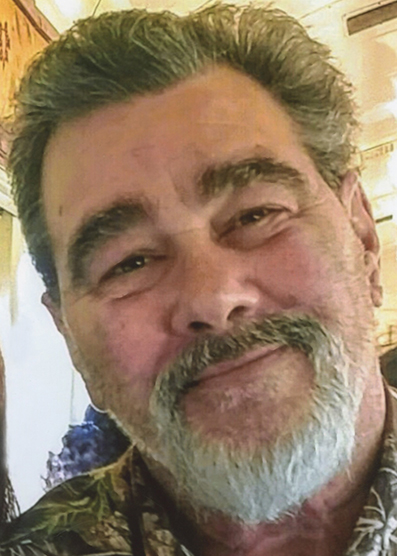 Nicole and Sarah, I am so sorry to hear of your father's passing. Please know you will be in my family's thoughts and prayers. May God wrap his arms around you all.

To Denise and family; My sincerest and heartfelt condolences on your loss. Know that you all are always in my prayers. Love Always, Trisha Jones

Sarah, Nicole and Mrs. Tremonte I offer my heartfelt condolences and prayers . Mr. Tremonte was a joy to be around, he was a character. You could always tell the love he had for his family .

I am so sorry for your loss. My prayers are with you and your family.

Denise, Sarah and Nicole, I was so sorry to hear this news of your beloved husband and father’s passing from this life. I will keep you all in my heart and in my prayers in the days ahead. God be with you. Kerry and Terry Radley

Sorry to hear of loss of Charles, I will never forget my first meeting of Charles at the bank shortly after y’all moved to Sour Lake from Louisiana. Charlie was a very upset person after leaving another institution here in town, I will have to leave it at that but he was a good man.

Love and prayers to you and your family.

OnSooo sorry all will be in my Prayers and thoughts.

As the parents of Charlie's "special blonde daughter" Devon, we are very sorry to hear of his passing.. Devon spent many hours over at Charlie and Denise's playing with their daughters. Gary and I send our sincerest condolences to Denise, Nicole, and Sarah.

Sarah and Nicole, offering you sincere condolences in the loss of your dad.

Dear Denise, Nicole and Sarah, I am so sorry for your loss. I remember how Charlie was always so kind to me. Prayers for you all.

Dear Denise, Nicole and Sarah, Kirby, Kara and I extend our deepest condolences to you during this time. We wish you serenity and comfort as you heal from your loss.