Clifford Marvin Wilson Jr. went to his heavenly home Saturday, April 23, 2022. He was born October 7, 1956, in Floydada, Texas, to Clifford Marvin Wilson Sr. and Myrtle “Thelma” Wilson. He married the love of his life, Pamela Sue Hickman on March 27, 1977, after meeting at Last Stop in Port Bolivar, Texas, to where they made many memories over their beautiful, loving marriage.

Cliff has been a dedicated and hard worker to provide for his family. He has a strong work ethic and strived to do the best. He has been involved in the emergency services field and had a strong love for helping out in the community. Cliff worked his way up from being a backyard mechanic when he lived down Boyt road with his family.  Over the years he was involved with different ambulance companies. Eventually found his passion which was Ambulance sales. Cliff met so many wonderful friends over the years while on the road. Over the years Cliff has been able to acquire donations of medical equipment, and vehicles to give to Mexico. Doing this he made many friends that was like family in Mexico. He looked forward to his annual trips to Mexico where he could see all his friends.

In lieu of flowers an account for Pam Wilson has been set up at Common Cents Credit Union, P.O. Box 2137, Winnie, Texas 77665 or to any branch location. 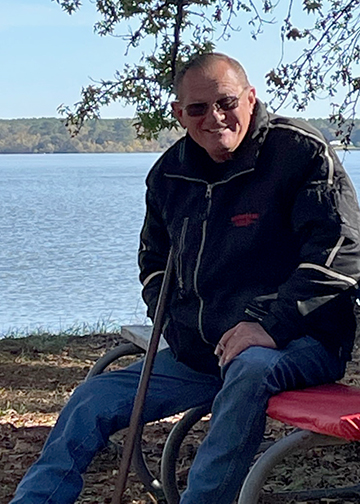 May Gods Grace comfort you all and my deepest condolences.

I am so sorry for the families loss. Clifford was a wonderful family man. Know that I love you all and I am keeping you all in my prayers. RIP Clifford

Cliff was a quiet, laid back person. Had a great sense of humor. Serious about his family and loyalty beyond compare. The short time I knew cliff, we talked about life, laughed, and enjoyed the time together with the family. He will be missed, but never forgotten, he lives within our hearts and watches over his family. Rest in peace cliff. Our hearts go out to Pam and her children. Deepest regrets for his loss. May we all meet again when our time comes.. love you cliff….

My deepest sympathy to Cliff’s family and friends. I was fortunate enough to enjoy dinner with Cliff and Pamela in Port Isabel in late March while attending a conference. May your cherished memories grant comfort and peace. Eternal rest grant unto him O Lord and let perpetual light shine upon him. May he rest in peace.