Colene Crawford Hansen, a resident of Beaumont for more than four decades, died peacefully at her home on July 10, surrounded by people who loved her. She had been grappling with late-onset Alzheimer’s disease, along with its complications, for a number of years. Known for her warm smile, outgoing personality, and overall elegance, she had many longstanding friendships in and around the Beaumont area. She was 92 years old.

Colene moved to Beaumont from Summit, New Jersey, in 1978 when her first husband, W. Donham Crawford, was named CEO of the former Gulf States Utilities Corp. During Mr. Crawford’s tenure at Gulf States, he and Colene made many friends in town and were active socially, enjoying all that the region has to offer and being avid golfers at the Beaumont Country Club. They had previously been members at the renowned Baltusrol Golf Club in Springfield, New Jersey.

After Mr. Crawford passed away in 1984 of amyotrophic lateral sclerosis (ALS), Colene chose to stay in Beaumont and make her life in southeast Texas. Her parents, John M. King and the former Mildred Cole, both now deceased, had moved to Beaumont in the early 1980s to be by Colene’s side as she cared for Mr. Crawford.

In the mid-1980s, Colene became active with the Muscular Dystrophy Association and ALS community in southeast Texas, providing moral support and sharing practical expertise on all she had learned about the home care of the ALS patient. It was through her involvement in such activities that she met her second husband, Robert L. Hansen—then of Houston but originally from Tulsa, Oklahoma—whose wife also passed away from ALS. Colene and Mr. Hansen, a retired executive of the former Amoco Corporation, married in 1989 and built a home in Beaumont. Mr. Hansen died in 2015.

Colene traveled extensively with each of her husbands, both within the United States and internationally—notably many trips to Europe—and was known for her worldliness, sophistication, and appreciation for fine wine and cuisine. A favorite vacation spot was the island of Martha’s Vineyard, off the coast of Massachusetts.

Born in Oklahoma in 1929, Colene later moved to Maryland with her parents where she attended the state university. It was in Maryland that she met Mr. Crawford, a midshipman at the US Naval Academy in Annapolis. The couple married in June 1947 following his graduation, and spent time in several locales—including Aiken, South Carolina, where Mr. Crawford was employed by the US Atomic Energy Commission—before relocating to New Jersey in the mid-1950s, where the couple raised their family.  While living in Summit, New Jersey, Colene was active as the chief administrator for the Summit Speech School, a school for deaf children, and was active in the Summit Junior League. As hobbies, she played bridge with a local bridge group and studied classical guitar for several years.

Colene is also survived by a group of devoted area friends who cared for her and kept her smiling over the past few years as she fought through her illness: Maria Loukas, Anne Figueiras, Sondra Jo Battle, Beth May, and Sarah Ignacio. 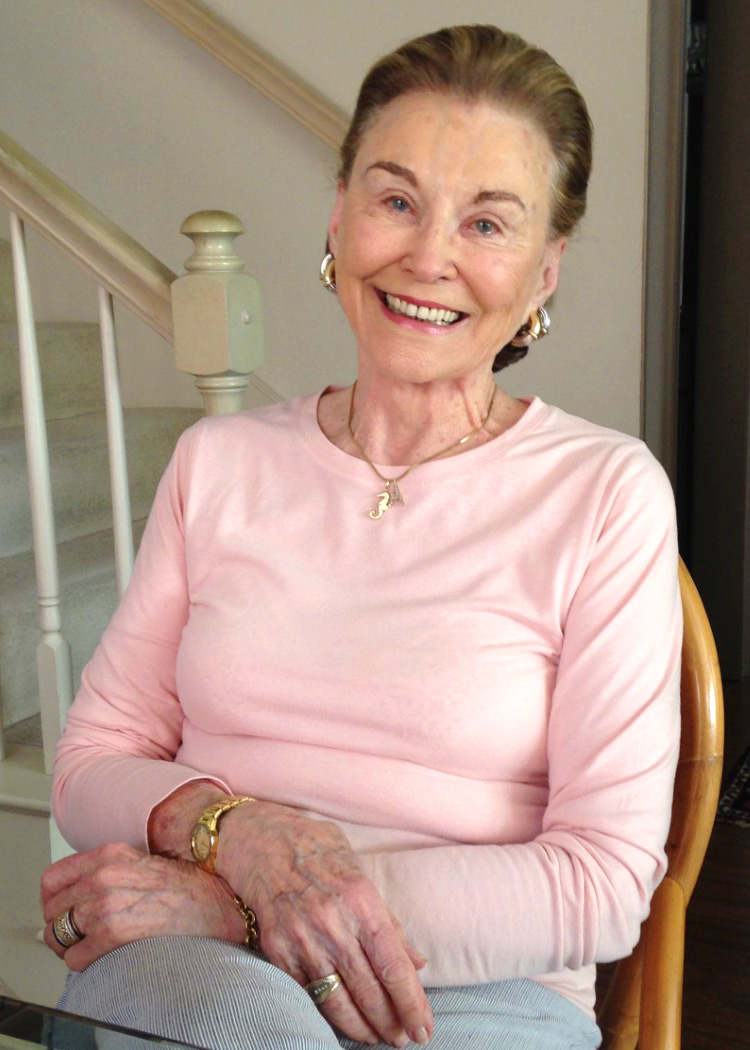 Colene was one of the most beautiful ladies we have known. She was a genuine lady who showed others through the way she lived how to live life to the fullest. Do unto others as you would have them do unto you. She always had a smile and a kind word for everybody she met. What an inspiration to others. The Lord gained a special star and we lost one. May you rest in peace dear friend.

Condolences to the family of Mrs. Crawford Hansen. I knew her as Mrs. Crawford during the late 70's through the mid 80's when she was our next-door neighbor on West Caldwood Dr. When she and Mr. Crawford went out of town, she paid me to take of their cats, Spotty and Falstaff. That might have been my first paying job! Mr. and Mrs. Crawford also graciously allowed the neighborhood children to play football games on their spacious front lawn, which seemed like it stretched for 100 yards from the street to the front driveway! I especially remember how, after having been diagnosed with ALS, Mr. Crawford used to enjoy sitting on the deck of the porte cachere and watching us play. I can still see both Mr. and Mrs. Crawford smiling and waving from up there as we had the time of our lives. It was an honor and privilege to have known both Mr. and Mrs. Crawford, and I'll never forget them.