Constance “Connie” Brocato Brocato, 93, of Beaumont, Texas died Friday, November 19, 2021. She was born on July 5, 1928, in Shreveport, Louisiana, to Charles A. Brocato and Amelia Serio Brocato.

The family moved to Beaumont soon afterwards to open a grocery store. At 16, she met a military policeman named Charles “Charlie” Robert Brocato, who was stationed in Beaumont. He visited her parents’ grocery store because he was intrigued by the name “Brocato” on the sign. Connie’s parents invited the soldier from Oakmont, Pennsylvania to eat a Sunday Lunch of Spaghetti at their home, and romance blossomed shortly after.

Connie married Charlie at age of 18 and celebrated 48 years of marriage before Charlie died in 1994. She took pride in having a Brocato name and in marrying a Brocato (Charlie’s family was not related).

Connie was a devoted wife, mother, grandmother, great-grandmother, sister, aunt, and friend. She found joy in spending time with her family, cooking in kitchen, and always had an open and welcoming home. She was co-owner with her husband Charlie of Charlie’s Grocery on Lindbergh Drive. They spent countless hours working hard in the grocery, eventually adding a deli and liquor store of the years. You could always find delicious, home – cooked specialties in the deli.

A 1945 graduate of Beaumont High School, Connie remained friends with her classmates, often meeting once a month at local restaurants for lunch. She enjoyed her weekly poker games with longtime friends. COVID put an end to the lunches and the poker games, and things were never the same. Connie loved being around family and friends, having holidays at her home, and an “open house” every Sunday at 2:00 p.m., for coffee and desserts. Her favorite foods to make were rice balls and fig cookies.

The family would like to thank Kindred Hospice and all of the staff, nurses, aides, and chaplains for their excellent care of Connie during her final months. A special thanks to sitters Tasha and Latosha Bias for their tender care, Rose Delano, Debbie Wiggins, Becky Brittain, Cathy and James Chavez, Father David McCrate, and all those who have provided food and prayers.

In lieu of flowers, the family requests that donations may be made to the charity of your choice. 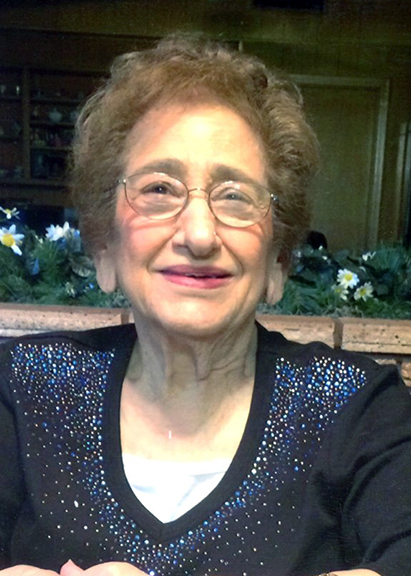 Our prayers to all of the family. Connie was such a kind gentle lady. She will be missed. May she rest in arms of our dear Lord.

Linda, I have fond memories of seeing your mom and dad at the grocery store. They were so kind and welcoming. My two sons always returned with a little brown paper sack full of candy, compliments of their grandfather. I know that your mom and dad’s kindness and love for others lives on with you. My prayers are with you, John, and your family.

God Bless the Brocato family during this time, we will always share a special bond with them through many years of friendship in the neighborhood and especially at Charlie’s grocery. With love Cardell , Kyle and Charles DeLeon Jr.

Linda and Family, I’m so sorry to see of your mom’s passing. She was such a sweet lady. I can go back many many years and have fond memories. May God grant you and family peace at such a sad time.

Linda, you and all the family have a special place in my thoughts and prayers. Your Mom will be missed by us all!

My deepest sympathy to Cindy on the loss of her dear grandmother. God bless you and all of your family.

To the Brocato family, I am sorry to hear about Connie. When I was a child, my grandfather, T.A. Brocato, used to bring us to the store on Lindbergh to see Bootsie and to the store on College Street to see her sister Rosalie. We will miss Bootsie. We used to see her at St Anne’s Church. She was a nice sweet lady.

The Brocato family is in my thoughts and prayers.
May the presence of GOD overshadow your family with HIS peace.

To Brocato family, we will miss cousin Bootsie. She is in Heaven with our Father. When I was a boy I would jog over the Lindbergh Bridge. I would stop and talk to her and Uncle Charlie at the store. Saw her lots when she was with her sister Rosalie. She was a very kind person. You all are in our prayers.

My deepest sympathy is extended to Connie’s family. She and my mother Josephine Ippolito Savino we’re friends, and they played poker together for many years. I remember her well and always appreciated her kindness to me.

My heart. and prayers go out to this beautiful family.
It was my priviledge to know Connie, her warm smile and the strenghth she had in her life.
May God hold you all close in the wonderful memories you share with her.

My condolences to Cindy Shelton and the entire Brocato family. May God continue to strengthen you during this time of bereavement.

Linda so sorry for your loss. My thoughts and prayers are with you.

To My Special Brocato Family,
My thoughts and prayers are with each of you. I will miss Bootsie. She was so loving and caring for all of us. I have great memories as a child visiting Aunt Amelia and Uncle Pasquale, Bootsie and Rosalie. She is home now with my Dad and her Brocato family. Like Dad, her family was everything to her. She was so proud of each of you. Rest In Peace Bootsie. May God bless you all.
Jim
Triplet #3