Dean Anderson, 85, of Beaumont, died Friday, November 18, 2022, at Harbor Hospice, Beaumont. She was born on January 28, 1937, to Belle Fowler Burch and Wilber Burch, in Orange. Family was at the heart of who Dean was. She took special joy in any family get together and loved her family deeply.

Survivors include her son, Randy Anderson and his wife, Linda, of China; daughter, Connie Anderson and her wife, Keri, of Fannett; brother, Ben Burch of Kirbyville and Wayne Burch of LaPorte; grandchildren, Dawn Havens and her husband, Jason, of League City; Jeremy Harrington and his wife, Tara, of Fannett; Aaron George of Groves; and Christi Cutright and her husband, Wally, of Keyser, West Virginia; great-grandchildren, Jace Havens and Addison Havens, both of League City, Cheyenne Harrington and Braylee Harrington, both of Fannett, Henlee Jo George of Vidor, Victoria Cutright of Keyser, West Vriginia, and Aurora Cutright of Nederland; her beloved niece, Stacy Maxey of Lufkin; and numerous other nieces and nephews.

The family would like to extend a special thank you to Harbor Hospice for their loving support and care during such a trying time. 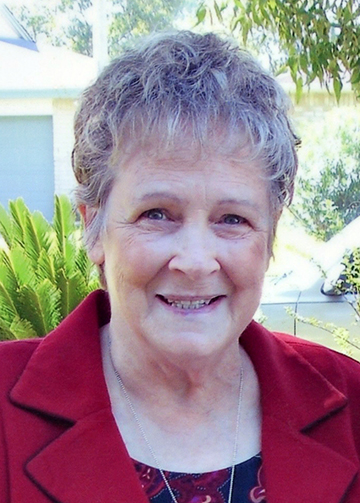 Dean was a very special sister-in-law and I have many happy memories of the summers that I got to spend with her when I was young.
She will always be loved and never forgotten. God Bless her family during this very difficult time.