He is preceded in death by his parents and sister, Nelwyn Moore.

Bruce spent his youth roaming the bayous and forests of Webster Parish, Louisiana. He graduated from Sarepta High School and attended Louisiana Tech where he became a chemical engineer. He was in the US Army and spent time in Germany in the 1950’s. He was employed by International Paper Company his entire career working as a chemical engineer in Camden, Arkansas, Mobile, Alabama, and finally Texarkana, Texas.

Bruce met and married a girl from another small-town Cotton Valley, Louisiana, Rose Mary Borland. She was a hometown beauty queen and elementary school teacher. They were married in 1962. They had a son, Kevin, in 1964 and were together 58 years until his passing. Bruce was a dedicated husband and father. Even after retiring he continued to work for International Paper Company as a consultant and he taught engineering tech courses at Texarkana College.

Bruce was a lifelong outdoorsman, hunter, & fisherman. Before he retired, he took up golf and it became his passion. After retiring he played golf almost daily and walked the course to pick up stray balls. He collected thousands of golf balls, which he would sell to finance his hobby.

Bruce and Rose Mary moved to Beaumont, Texas in 2013 to be closer to their son & grandsons. Bruce was instrumental in his grandsons’ lives, even passing on his love of golf to Benjamin.

Bruce never forgot a name, was the best storyteller, read every word in the owners’ manual of everything ever bought, and dropped everything to help someone. He is already missed.

A gathering of Mr. Dean’s family and friends will be from 5:00 p.m. to 8:00 p.m., Wednesday, September 9, 2020 at the residence of Dr. Kevin and Amy Dean. The family will gather for his interment at a later date at Old Sarepta Cemetery in Sarepta, Louisiana under the direction of Broussard’s, 1605 North Major Drive, Beaumont.

In lieu of flowers, his family requests that you spend time with your parents or grandparents; play cards, a boardgame, or a word game. The most valuable asset you have for them is your time. 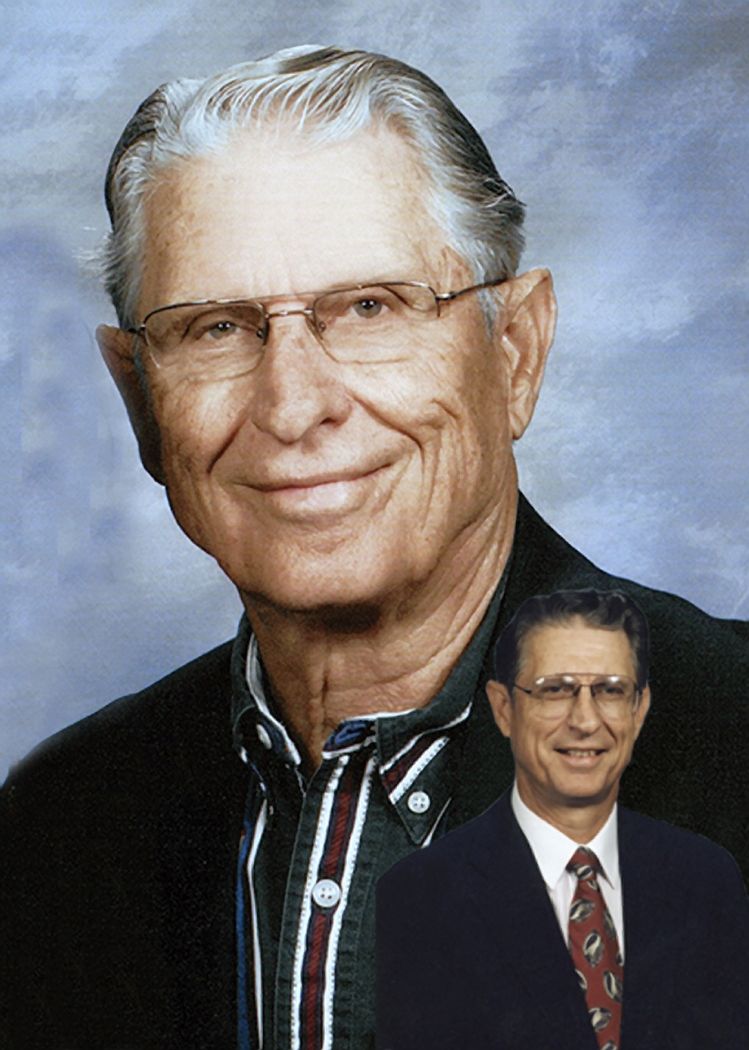 We are so very sorry for your loss. What an amazing life story! I know he will always live on in your hearts. You are all in our thought and prayers. The Reeder Family, Austin TX

We wish we could have spent more time with you and Bruce, Rose Mary. You two were delightful to be with as you moved here to be near Kevinâ€™s family. What a blessing to have had a man like Bruce to guide this family. We are sorry for the loss for you all.

I remember meeting Bruce when he and Rose Mary first moved to Beaumont. They were keeping Matthew and Benjamin while Amy and Kevin were out of town. We were doing the same , keeping Will & Clayton for Paige & Wade Clayton and Benjamin had a basketball game and needed to be taken there. Since Bruce was new to town, we picked up he and Benjamin to transport them to their cross town game. Bruce paid very close attention to the route and directions, and said he had complete understanding of how to get to and from the gym for the next game. His sense of direction was amazing to me. He was always congenial and a excellent company.

I have only been around Bruce a few times, but I know he was a man of integrity and had great love for his wife, son, daughter-in-law, and grandchildren. He seemed to love life and as a good father and grandfather cultivated many good characteristics in his son and grand sons. Men like Bruce are a treasure and privilege to have the honor to have them influence our lives.

Kevin, Amy and family, I am so sorry for your loss. He sounds like he was an amazing man and dad, and I know he has left a beautiful legacy with his talented son, and grandsons. May God give you all strength and comfort during this time. Wanette and Kirk Austin

We are so sorry for your loss. Mike and I will be praying for you guys May God comfort and strengthen you all during this time.

So very sorry for your loss. Bruce was always so kind and friendly! We were honored to know him. Much love to you all â¤ï¸

The entire obituary is a beautiful memorial of your Dad but the last part made me cry. Cherish every minute.

Bruce was a true gentleman and an inspiration to us all. He was a wonderful example of what a man should be. I shall miss him greatly. and a pleasure to be with both on and off the golf course. He represented all of the good things we have in our great country and we all loved and respected Him . I shall miss him.

So very sad to hear. Mr Bruce was the most friendly person. I am so sorry for your loss Rose Mary. I was blessed to have known him. Prayers for you and your family. Love Wanda