Douglas Sanders Canant, Sr. 96, from Beaumont, Texas, died Monday, February 3, 2020. He passed away surrounded by family and friends after a long battle with cancer. He was born July 1, 1923, in Beaumont, Texas, to Willie and Ernest Canant. He was a lifelong Beaumont resident, educated in Beaumont schools and graduated from Beaumont High School. He served proudly in the Eighth Army Air Force. He was stationed in England in World War II. After the war he married Margaret Jane Francis, his loving spouse of 72 years. He worked as a unit operator, then supervisor at Mobil Refinery for 38 years. After retirement he enjoyed traveling, volunteering, entertaining his grandchildren and great-grandchildren, feeding birds and cats, and scaring squirrels. He was a lifelong member of North End, now Wesley United Methodist Church, where he was involved in many activities.

He was preceded in death by his mother and father; his brother, Jack; his sisters, Evelyn, Anna Beatrice, Willie May, Alma, Alice, Pearl, Betty, and Audrey. He is survived by his wife, Margaret; his daughters, Nancy and her husband, Ron; Martha and her husband, Lloyd; Carol and her husband John; Ginny; son, Doug, Jr. and wife, Debbie; eleven grandchildren; ten great- grandchildren; and one great-great-grandchild. 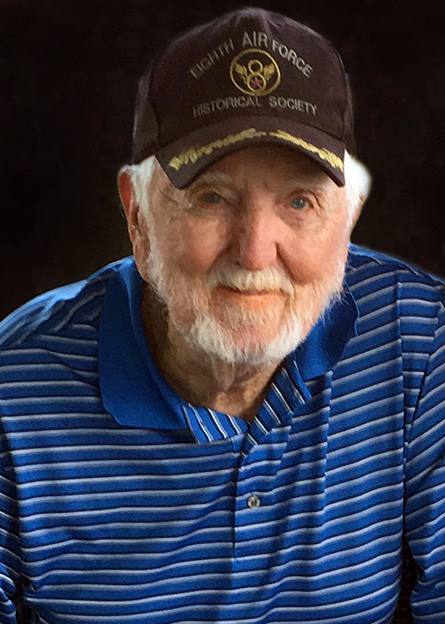 Douglas was one of the best men. We loved he and Margaret what a great couple as a Christian example to all of us

My condolences to Margaret and the family. Doug was such a great friend to my Dad, Charlie McCleskey. There were always fun times and stories when I saw Doug. God Bless and keep you sweet angel.

Doug was a wonderful man and will be missed by all who knew and loved him. Please know that you are in my thoughts and my prayers. Paula O'Neal

Mr. Canant was one of the kindest men I ever met. His love for Ms. Canant and his family as well as others was evident. He & Ms. Canant loved my "Mom" Phyllis Venable and I am blessed to have rode a small part on his life's journey. Prayers for the family. Much love always.

My prayers to Margaret and family during this time.

I knew the Canant Family at the Cleveland North End Methodist Church where I sang in the choir. I loved seeing the family sitting at the front of the church. They were beautiful (well behaved) children and loving attentive parents. Almost every Sunday lunch included some praise and kind word about them.

Canant Family I am so very sorry for your loss.of Douglas Sr. He was such a sweet man and you could tell that Family was the most important thing to him. I loved seeing him and Mrs Canant at all the family functions. Love and prayers of comfort for you all.

The world is a better place because Doug Canant shared life with us. Well done, good and faithful servant!