Eugene Cain, 93, of Beaumont, Texas, died on Monday July 5, 2021. Eugene was born in Carrsville, Kentucky on March 21, 1928. He moved to Heber Springs, Arkansas at the age of five along with his mother and sister. Heber Springs became their home, and his love for Arkansas was never far from his mind, even until the very end. He was president of his class and captain of the football team. After graduation he enlisted in the Navy in 1946, where he spent two years serving his country. He came back home to Heber Springs where he met and married the love of his life, Laura Rogers Cain in 1950. Eugene and Laura traveled all over the United States working on pipelines. In the mid 1950’s they settled in Orange, Texas where he worked at Dupont until he retired.

During his illness he spent the last year and a half of his life at Gilbert Assisted Living, where he was compassionately cared for by Ron Morrow and his staff. 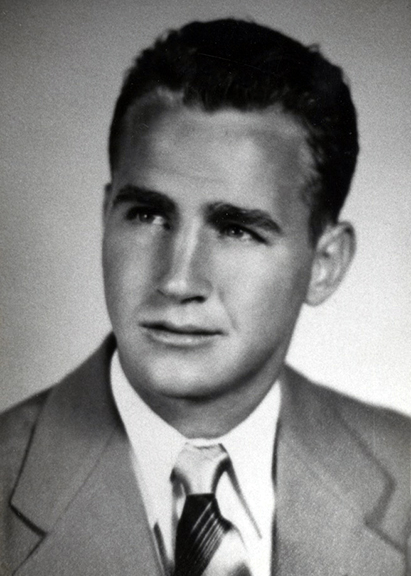 Roger, Lori, Lauren and Blake, Scott and I are both so very sorry to learn of your loss. . He was a sweet soul, and he loved all of you beyond measure. His struggles are now over, and he is resting in the arms of our Lord.

Roger. So sorry for the loss of your father. May God comfort you.

I worked around Eugene at DuPont he was great person.

To the Cain family, please accept my deepest and sincere condolences on the lost of Mr. Cain. Mr. Cain and my father were at Gilbert Assistant Living together before my father passed away in December 2020. When I would visit my daddy I would usually find he and my daddy watching TV and talking. I called Mr. Cain my buddy. He always would ask me to come back to see him. I will be praying for your strength during this difficult time.