It is with deep sadness that the family of Felton Paul Doucet announce his passing on Wednesday, February 2, 2022.
He was known as Paul to most in Texas, as Felton to most in Louisiana and as Big Daddy to his closest and dearest friends.

He will be forever remembered for his kind, gentle, loving, and humorous personality, as well as his distinctive, infectious laugh. Felton was a loving and devoted husband, father, brother, son, grandfather, great-grandfather, uncle, and friend to many. He was an all-around wonderful person to be around.  He had a great love for his family, and he will be sadly missed by all. His sweet great granddaughter, Audrey, was his absolute pride and joy!

Felton was born on December 12, 1949, in Church Point, Louisiana to Joseph Percy Doucet, Sr. and Ethel Barron Doucet.  He met the love of his life, Ann Granger Doucet, and they were married on January 23, 1971.  They were able to spend 51 years as husband and wife. Felton was a resident of Fannett, Texas for the past 40 years. Felton worked as a machinist until he retired in 2016. Together Felton and Ann raised three beautiful children.  Sadly, they lost their son in March of 2020.

In his free time, he enjoyed hunting, cooking, and spending time with his family.  He especially looked forward to the traditional Doucet Boucherie held annually.

Felton will be deeply missed by all who knew him and loved him.  His wish was to be cremated.  A memorial service for his immediate family will be planned at a later date.

Cremation arrangements for Mr. Doucet were handled through Broussard’s Crematorium under the direction of Broussard’s, 2000 McFaddin Avenue, Beaumont. 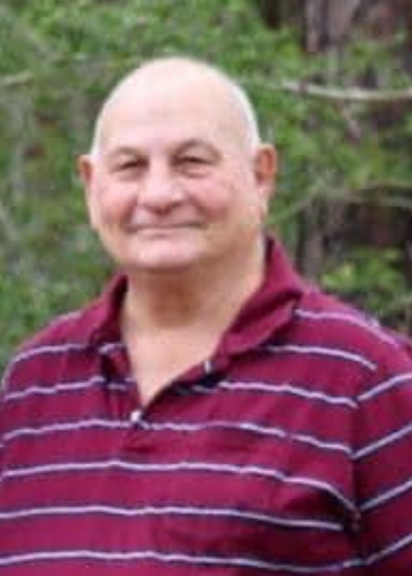 Prayers for the family ! Sorry for your loss. I enjoyed all the years we got to hunt together, he was so into the hunt and always made us laugh when he was near. I will miss Big Daddy. Dennis

Oh how he will be missed! He was loved dearly by all that knew him. My heart is so broken for all of his family as well as for myself. Rest in Peace sweet cousin while you can because we will all be joining you again one day!🙂❤😪💔🙏🙏🙏

He will be missed. I am so sorry for your loss!