Frank was a proud veteran of the U.S. Navy and World War II where he served as a naval mechanic on fighter planes. After the war, he returned home to Beaumont and began working at the Beaumont Enterprise. Frank never met a stranger, and all who met him took an immediate liking to him. He married Mary Gonzalez in 1965, and together, they were charter members of the local L.U.L.A.C. chapter 394 where Frank served as President, District Director, Man of the Year and was invited to attend the inauguration of President John F. Kennedy. As members they began the local L.U.L.A.C. Council # 38 where he touched the lives of many young Hispanics, becoming a second, and sometimes only, father to many. Many of these youngsters grew to be successful adults and continued to seek out Frank for advice up to the very end.

Frank had a thirst for knowledge never missed a chance to watch a good documentary, and he didn’t go a day without reading his beloved Beaumont Enterprise. When he wasn’t reading the paper, he could be found siting at the kitchen table working on the crossword or the jumble.

The most important thing to Frank was family. He loved his wife, children and his many grandchildren and great grandchildren. Very few possess a heart as big as his, and to be loved by him was a gift. As much as he did for the youth in L.U.L.A.C., he did even more for his own family. Whether it was attending a school program, or taking his grandchildren to the park, he always genuinely enjoyed spending time with his family. You could not ask for a better role model.

To meet someone as selfless and good as Frank is rare. His house was always open to anyone who ever needed a place to escape to, and he welcomed everyone with open arms. People gravitated toward his kind soul and always wanted to be in his presence. He truly was a selfless soul. He also had one of the best smiles and wore it proudly every single second.

Frank touched and changed the lives of countless people, and he will be missed by more people than we can possibly know.

He was preceded in death by his parents; brother, Luis Rojas; sister, Lucy Flores; and brothers, Charlie Rojas and Rocky Rojas. 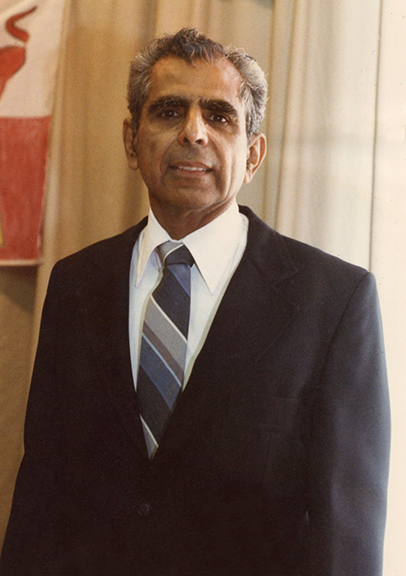 A Gathering of Mr. Rojas' Family and Friends

A Gathering of Mr. Rojas' Family and Friends

We are so sad to hear this !!! We love Frank and his family. We will always remember Frank and the fun and joy he brought to us. Frank loved to talk about his days in the military and I loved to hear the stories. It was a blessing from God just to know you. Thank you Frank for enriching our lives. Good-bye my friend.

With Deepest Sympathy will miss you much

The Rojas family so sorry to hear about the passing of Frank.We had a lot of great memories with the family.Prayers from the Nunez family

Charlie and family, so very sorry to hear of your Dad's passing. Keeping you all in my thoughts and prayers.

My heartfelt sympathy for Mrs Mary Rojas and familia. How blessed all who knew Mr Frank Rojas and his gentle smile and his beautiful soul. I’ll always remember his help when we needed and intelligent advice. Also his constant loyalty to his family and his community. I can remember the fun football summers and his amazing energy he possessed. God has truly blessed all of us to know this wonderful man and should never be forgotten.

My sincere condolences and prayers for the Rojas family. I was just thinking about Frank when I saw an old 56 Chevrolet at a car show this weekend which reminded me of his old car! Then I received notice of his passing and this obituary. My parents, Tony and Lou Reyes and my brothers and sisters all had many lovely memories of the Rojas family, LULAC meetings, and so many Mexican dances at the Pipefitters Hall!. May he rest in peace and may his family be comforted by many joyous memories.