Gary graduated from South Park High School and then joined the military. He was a United States Navy veteran having proudly served his county as a Seabee, attached to the 3rd Marines. It is this service that led to his later involvement in the DAV; his PTSD class at the VA Clinic; Vietnam Veterans #292; and the Disabled Veterans #236.

After Gary’s tour in Vietnam, he was employed in the oil industry working as an insulator, giving concealed handgun classes, and he served as an associate with Broussard’s Mortuary. In 1972, he met the love of his entire life, Patricia Jeannette Riggs, on a blind date. A mere six months later in 1973, they married and spent the next forty-seven years together. In 1975, their daughter, Nicole, of Washington, D.C., was born. He would be the first to say that he couldn’t imagine life without Pat and Nik, his girls. Though, from the moment she came to live with them, a special place in his heart was set aside for their three-legged, one-eyed rescue kitty, Gabby

His faith was just as important to him as his family. Pat and Gary have been longtime members of Landmark United Pentecostal Church, Port Neches. His church family was one he cared about deeply, loved fellowshipping with, and couldn’t wait to greet each time the church doors opened. The family would like to express their deep appreciation for the lasting friendship of Reverend James Lee, his family, and Linda and Tony Nunez.

A gathering to celebrate Gary’s earthly life will be at 10:00 a.m., Saturday, May 23, 2020, at Landmark United Pentecostal Church, 2115 Nall Street, Port Neches. His committal will be held at Broussard’s Crematorium, Beaumont, under the direction of Broussard’s, 505 North 12th Street, Nederland.

In lieu of flowers, memorial contributions may be made to Landmark United Pentecostal Church, 2115 Nall Street, Port Neches, Texas 77651 or at landmarkupc.org; or to a charity of one’s choice. 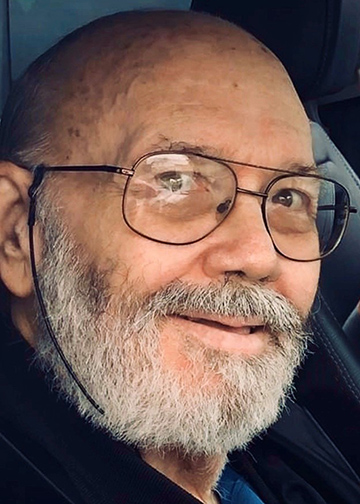 What a great man. I will miss you a lot buddy.

He will be missed! Bro. Gary always made sure he greeted everyone at every church service.. Iâ€™m praying for Sis. Pat and Nicole during this very sad time!

Dear Brother and Friend. This world is empty without you in it, But Heaven gained an Angel. Love you and you will be Missed.

Pat, I am so sorry to hear about Gary, Our thought and prayers are with you..

Dear Pat and Nicole, I am so sad over Gary's passing but know he is now not suffering and in Our Lord's arms. Your excellent care of him helped him through so much the past couple of years. I'm remembering the fun we had spending time together in Memphis several years ago and the laughs and good time we shared, not to mention the delicious eats. My deepest sympathy and condolences during this difficult time, and please know that you are all in my prayers. Although I cannot be present for the service this weekend, I will set aside time to say a special prayer for Gary. With Love, Michele.

Mrs. Warren and Family Our sincere sympathy in the loss of your husband and father. He served an important role in the Disabled Veterans Organization as other organizations which were his passion. May God grant you comfort and strength now and the time ahead.

How Bro. Warren will be missed! He was such a character and loved to tease everyone! Pat and Nicole, my heart is broken for you but stay strong women like you are because thatâ€™s whatâ€™s he would want you to do! Love to you both!

Love you Gary, will miss our little talks; while Tony was helping Pat doing a honey doâ€™s.....â¤ï¸

Pat, We are truly sadened to here of Gary's passing. We will pray for your strength thru this time.. Ann

We will miss our next door neighbor.. So glad we got to know such a fine man as you.

Patricia, I'm so very sorry to learn of Gary's death. You and your family are in my thoughts and prayers. With deepest sympathy, Your friend, Paul