Harold A. Breedlove, 92, of Beaumont, died Friday, September 18, 2020. He was born on April 2, 1928 in Montgomery, Alabama to Willora Dixon Breedlove and John William Breedlove. Hal was raised in Montgomery, graduated from Auburn University in 1950 after which he served in the United States Air Force.

He began his career with DuPont Engineering Department in 1956 serving at various locations until retirement in 1993 ending as Resident Construction Manager in Beaumont. During his employment with DuPont, he was a Registered Professional Engineer of Delaware, a member of the National Society of Professional Engineers, and the American Society of Civil Engineers. Hal was a loving husband and father of two sons, he was an avid golfer, college football fan, enjoyed spending time with his family, and was a long-time member of Trinity United Methodist Church and Hamaco Sunday School Class, participating in various programs including Caring Ministries.

Hal is preceded in death by his parents; brother, John W. Breedlove, Jr.; and sister, Joanna B. Crane. 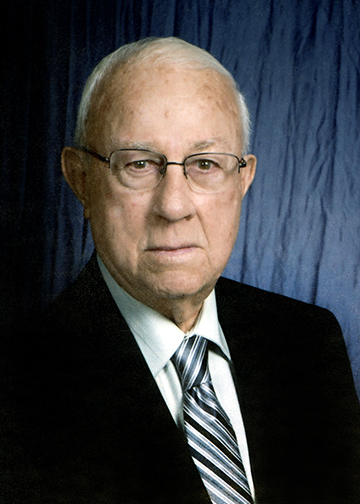 Mrs. B, Ken, Debbie and Bill, So sad, to see this,. Have to smile thinking about all the Trumpore-Breedlove adventures Mr. Breedlove and Daddy had us on! Love, Missy, P.O. Box 2547, Beaufort SC 29901