J.W., or fondly called “Just Wait”, was a certified public accountant in the state of Texas. He also was a member of the American Bar Association. J.W. received a law degree from the University of Houston. He received a Bachelor of Science in economics from Wharton School of Business from University of Pennsylvania. While attending, he participated in the 9th Maccabiah Games in 1973 in Israel. The Maccabiah Games, or often referred as “The Jewish Olympics”, were first held in 1932, in Israel, and every four years after its inception. It is an international Jewish multiple sporting event. Only the best Jewish Athletes in the world are allowed to participate in the games. Prime Minister Golda Meir was present at the games.  J.W. won two gold medals in the crew rowing competition. He was one of the two hundred and sixty-three athletes that participated in the games from the United States. J.W. was also the owner of The Jet Center of Tyler.

J.W. was a member of Temple Emanuel. He was known as animal lover and rescuer. He also was a car enthusiast, as well as a pilot. J.W. loved flying his Bonanza, 340 Twin Engine, he also was a co-pilot of the Cessna 10. He married the love of his life and soul mate, Debbie Fertitta Rogers, on June 12, 1999, on his 47th birthday. On the day he passed he was surrounded by his loving family and friends. J.W. made it in time celebrate his father’s birthday in heaven.

J.W. is preceded in death by his parents and sister, Melissa Rogers. 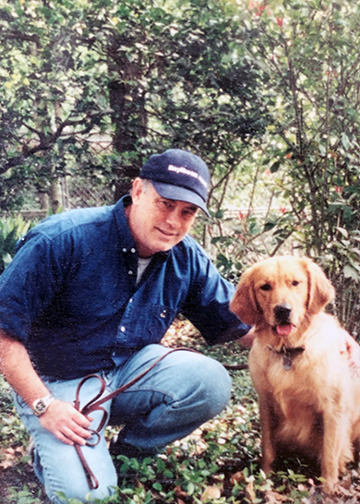 I have fond memories of Jan from our time together at Forest Park High School. Jan was from top to bottom a class act. He was the first of my generation that I recognized as a true gentleman. To Debbie and all of the Rogers family, I am so sorry for your loss. My prayers are with you.

Debby, I am so sorry to hear of your Loss. You have always held a special place in my heart. I remember most our visits at The Barber& Beauty supply and times we had together. I am so happy that you have had such a happy life and the pictures of you are Great, Beautyful as ever. I will Rember J.W and you in my prayers. May His Soul and all the Souls Of faithful departed, REST_IN_PEACE. Tommy

It’s been a while my friend. I will always remember you taking my Uncle who is a Priest and I up in a plane. I know he was scared, your calmness just put me at ease.
Then I would see you at Fridays Shabbat at the Temple. Fly High my Friend. Prayers to Debbie and all the Family. God Bless.!!!

I remember Jan from being at his house to play with Lauren! So sorry to hear this. Prayers to all.

Our deepest condolences to Debbie and family. Jay was a sincere, loving man that gave selflessly of himself. He loved animals with all his heart. When I close my eyes I see him surrounded by all the animals he rescued and pets that he and Debbie loved and cared for that have passed on. Our life is richer and fuller for knowing J W and Debbie. May you find eternal peace. Rest easy, soar high our friend.

Cindi and I would like to send our condolences to the Rogers family. J.W. was a kind and thoughtful man he was the real deal! R.I.P. jw….. Sincerely Phillip and Cindi Battaglia.

Anna Mae, our thoughts and prayers are with you and your family. Take care.
Robert & Frances.

I am so sorry to hear of his passing. May God continue to hold all who mourn in his hands.

He was ALWAYS very good, and kind to me. Nothing fake about him. A very unique man. So sorry for your loss.

I am heart broken this evening to hear of Jan’s passing. My condolences to Debbie and the rest of the Rogers family. For me, he was one of the finest humans I knew in high school. I remember his integrity, his compassion, his humanity. A real mensch!!! A true friend. Intelligent, down to earth, caring. I admired him so!!!

I am so very sorry to read of Jan’s passing. I remember him fondly and considered him a good friend while we were at Forest Park High School and later during our college years when a few of us would meet up when in Beaumont. I will always remember him as a very smart guy, a well-dressed man, always the gentleman, and, most importantly, a good friend. I send my heartfelt love to Debbie.

Our prayers and thoughts are with you Debbie and the Rogers family. May JWs soul rest in peace. Sandy&Joseph

Has been many a year since I have had contact with Jordan. I was working for Rogers Brothers at Parkdale Mall, 1977 to 80, while going to college. He was involved with the Landing at the time and I had many occasions to visit with him. He was always a gracious man. My deepest condolences to the family.

My deepest condolences to Debbie and the rest of the Rogers family. May he Rest in Peace.