James “Jim” Bruno Mazzoli, 80, of Beaumont, died Tuesday, July 6, 2021 at home surrounded by family. He was born on April 11, 1941, in Manchester, Connecticut, to Doris Chapman and Bruno Mazzoli. He was a retired Metallurgist. His unique occupation took him across the country with new job opportunities that had him and his family living and working in many different states – Connecticut, New Jersey, Alabama, Arizona and finally Texas. He worked for Gulfco in Beaumont for over 30 years until he retired.

Jim had an adventurous spirit – always looking for new experiences. He and his wife, Jane, traveled extensively after becoming empty-nesters. He planned multiple trips to different countries including Ireland, Italy, Egypt, Germany and Switzerland. They also loved exploring the 50 states. Some of which were on repeat at certain times of the year such as attending the Seafood Festival in Hampton Beach, NH each September; Or watching the Super Bowl from a fun bar in Phoenix.

While he wasn’t overtly excitable, he loved his wife and kids deeply. He showed by example how to work hard and play hard. How to embrace life fully by placing value on experiences over material things. He found it important to live a life of responsibility and accountability but ALWAYS leaving room for fun and adventure. He will be forever missed by his family left behind but he is in great company now with those he has loved and missed while he was here without them.

Crematorium arrangement for Mr. Mazzoli were handled through Broussard’s Crematorium, under the direction of Broussard’s, 2000 McFaddin Avenue, Beaumont. 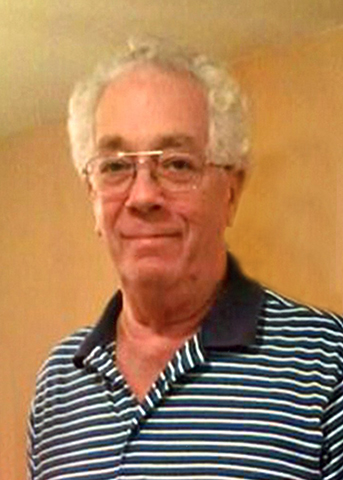 To the family. I’m saddened to learn of Jim’s passing. During my time at Gulfco, he was one of the nicest men I ever had the pleasure of knowing. Prayers for you all.

I worked with Jim for almost 20 years. He was a great guy, and he taught me a lot. He probably forgot more about metallurgy than most people will ever know. He always had stories to tell for just about every situation. I always enjoyed hearing about about his latest vacations and adventures. He loved his family and he will be missed by those that knew him.

I also worked with Jim at Gulfco for many years. He was Very knowledgeable and was always ready to help out. My thoughts and prayers are with his family.

You and your family are in our prayers. Thank you. Maribel, for visiting your father-in-law and supporting your husband. God bless. Carole and Tom Garner

I am so sorry to hear Jim passing. He was a good man, I was with Gulfco 20 years before Jim Started with Gulfco. We would talk about temperatures and specs for my remainder 31 years with Gulfco. After retirement we would run into each other at H.E.B store or parking lot and chat. I sure enjoyed working with Jim. My condolence to his family. God bless his soul and all the blessing in the world.

I worked with Jim for 13 years at Gulfco. He was always very nice And most helpful especially whenever someone had questions about the materials or procedures to make products. His knowledge of metals was vast! My sympathy goes out to his family and friends

I was a classmate & friend of Jimmy since 7th grade. He was always one of the “good guys” and a lot of fun. We shared many happy childhood memories of growing up in Manchester. Jimmy sat at our table at many of our MHS reunions and I don’t think he ever missed one. I met your Mom Jane a few times after they were first married & lived in Manchester before work them elsewhere. I’m very sorry for your loss of both parents in such a short time and hope all your happy family memories help comfort you. He will be missed.

Jimmy was a classmate at MHS, he was one of the good guys always smiling. We worked together, along with other classmates, in a local restaurant. At our class reunions he was most always at our table. On one of our conersations via email the conversation came up about alcohol and I said Bailey's was my favorite drink. At our 50th reunion he surprised me with a bottle of Bailey's Always a man of generosity full of surprises. I know he will be sorely missed by many. My condolances to all his family left behind, Hold on to all the precious memories of both parents and the good times..