Jane Esther Lawrence was born August 4, 1928, in Wichita, Kansas, the only child of Bernedette Delahoy and Russell Everett Lawrence. She graduated as Valedictorian of the League City, Texas, High School, class of 1945. Jane then attended Sam Houston State Teachers College (now Sam Houston State University) where she was active in the Wesley Foundation (Methodist ministry to college students) and where she met the love of her life, Wallace. Together Jane and Wallace went to Southern Methodist University, she to the College of Arts and Sciences, he to the Perkins School of Theology. In 1948, when Wallace became pastor of their first parish, the Laneville Circuit, she completed her bachelor’s work at Stephen F. Austin University in Nacogdoches.

Jane’s strong faith was evident and steadfast throughout her life, and a wonderful example and inspiration to all who knew her. In the summer of 1947, she became, with three other college students and an adult counselor, a Methodist Youth Caravaner, visiting six Methodist churches in the panhandle of Texas, each with an intensive week of youth worship and mission activities. Jane was a consummate pastor’s wife, enjoying each congregation they were privileged to serve, entertaining large groups of parishioners while sharing in Bible studies and women’s mission endeavors. In her last decades, faithful Bible reading, devotionals, prayer and Christian radio were a source of peace and comfort. She was the family prayer warrior.

Being a mother of five children, Jane cherished each one of them. From new dresses for each daughter at Easter, a dance or special event, to endless meals that included children’s friends, Jane did it all. She even enjoyed many years of carpool, interacting with her children’s school friends. The advent of Wallace Russell (“Rusty”) into the home was a source of great delight. Jane’s true faith and devotion was expressed in the two and a half years she cared for Rusty in his battle with spinal cord Neuroblastoma and its complications.

Her joy in life was unmatched once grandchildren began to arrive. The demands of running a household came to a standstill when a grandchild entered the home. Each grandchild can remember countless stories read, fun, creative games played and so much more. Jane had a gift of making each one knows they were special and loved unconditionally. 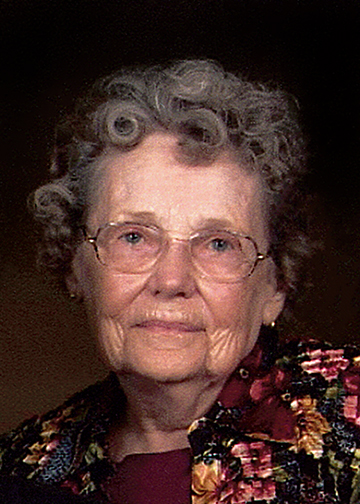 I never met Jane but became friends with Bro Shook through the gym in Conroe. A fine man. I send my condolences to the family.

To Wallace and family, sending our deepest sympathy and prayers to you and your family on the loss of sweet Jane. Our short times together at Bayvue Methodist and you reliving your youth growing up in Beaumont at North End Methodist meant so much to me. Jane was always an inspiration attending at Bayvue w/her small fan she always carried. James and I will continue to keep all of you in prayer during this difficult time. Gods has gained another angel. James & Eileen Tindall

Dear Shook family, our thoughts and prayers are with you during this time. Jane was a kind and generous person and a good friend to my mother, Betty Karaff. Lynn and Kevin Karaff

I always enjoyed seeing Jane and getting to talk with her when I came over to help with computer problems. She will surely be missed by all who knew her, and I'm fortunate enough to be one of them.

Harry and I send our deepest sympathy and love to Wallace and each member of the Shook family. One cannot begin to list or describe all the lives Jane touched and ministered to in her lifetime, but the results of those various ministries will continue far and wide as long as earth remains. She was extra dear to me and Harry and oh how we enjoyed our annual get together at Monument Inn celebrating our mutual wedding anniversary date. I shall miss those encouraging notes she used to send to me. Rest in Peace, Good and Faithful Servant

""Her price is above rubies..." Jane Shook was certainly that woman. She spread love and joy wherever she went to whomever she met. We will always be grateful to have had the pleasure of her company and the warmth of her friendship. Heaven is perfect, but it must be an even happier place with the arrival of our Jane. Love and gratitude, Marcel, Linda, Lilli