Joe Fowler Tarpley, 97, of Beaumont, died Saturday, January 16, 2021. Born on February 9, 1923, in southeastern Oklahoma, he migrated with his parents and four siblings in two covered wagons westward through Ardmore and Waurika OK, crossed the Red River into Texas near Wichita Falls and continued southwestward another two hundred miles to south Jones County – about 35 miles northwest of Abilene TX.

Joe attended public schools in Jones County, graduating as class valedictorian of his consolidated school in 1940. He attended Howard Payne College in Brownwood TX on full academic scholarship his initial year of college. Working various jobs, he paid his college expenses for two years, two summers, and an additional semester. In June 1942, he volunteered for the U S Army Aviation Cadet Program and reported for active duty on February 1943. He won his gold bars and the silver wings of a navigator in April 1944.

Joining a B-24 Liberator crew in El Paso TX, he navigated a new B-24 from Wichita KS – via Bangor ME, Goose Bay Labrador, and Keflavik, Iceland – to England in late July 1944. He and his crew flew combat missions against German targets from July to December 1944 from a small base only 8-10 miles inland from the North Sea.

Returning to the U S, the 489th Bomb Group retrained in the B-29 Superfortress at Davis-Monthan AFB, Tucson AZ. They were scheduled to fly bombardment missions from Tinian Island against Japanese targets when the war with Japan ended. The entire crewmen were released to inactive duty in late October 1945.

One week later, Joe joined the faculty of the consolidated school near Abilene from which he had graduated in May 1940. Three years later, he joined the English faculty of Hardin-Simmons University for one year, moved to two-year John Tarleton Agricultural College in Stephenville TX for one year, and then began doctoral studies at Texas Tech University in the summer of 1950.

As the war in Korea was heating up at this time, Joe was recalled to active duty with the United States Air Force as an educational specialist. He served on the staff and faculty of the Air Command and Staff College at Maxwell AFB in Montgomery AL for five years prior to a one-year assignment to the Iceland Air Defense Force at Keflavik as the ground training officer.

And then came a three-year tour in the Pentagon as an Educational Staff Officer in the Professional Education Division. In this role, he served as the initial project officer for an upgrading of the ROTC law governing both the U.S. Army and the U.S. Air Force. He had the rare privilege of implementing the new ROTC law in 1964 while serving as the Commander of the Air Force ROTC Detachment at San Jose State University in central California.

On April 1, 1967, Joe reported for duty with the Seventh Air Force at Tan Son Nhut Air Base just outside Saigon SVN. As the coordinator for Civic Action programs at the ten air bases, he reported his experiences in the self-help program as “one of the best years of my life” in his soft-back booklet: MY VIETNAM: 1967-1968.

Joe retired from the USAF as a Lt Col on April 1, 1968. He returned to the college classroom in the fall of 1968 with the English faculty of the large and good San Antonio College. He retired from teaching in 1986 as Professor Emeritus of English.

Joe and Martha combined travel and learning as they attended a large number of Elderhostel programs both stateside and overseas. Joe also served on the staff of several Elderhostels, primarily doing roleplays of several of the Galilean apostles.

Joe worked as a hospital volunteer one half day a week for fourteen years shaving and bathing mostly older men. He also began extensive writing projects. He was working on his seventeenth book – all self-published softbacks except MY GALILEAN DIALOGUES – at the time of his death.

Joe outlived his wife Martha Moore Tarpley by seven years. She died at the age of 91 in April 2013. He is also preceded in death by his parents, Earnest Matthew and Julia Olive Simmons Brown Tarpley; daughter, Ann Tarpley; and six siblings.

Survivors: son Lee and his wife Ming-Hsuan Chen of Beaumont; grandson, Will Tarpley of Dallas TX; and granddaughter, Lara Tarpley of Beaumont. He is also survived by one brother, Bill Tarpley, of Austin TX and several nephews and nieces.

A memorial service will be held at the chapel of Calder Woods in the future. In lieu of flowers, please consider donating to a charity of your choice. 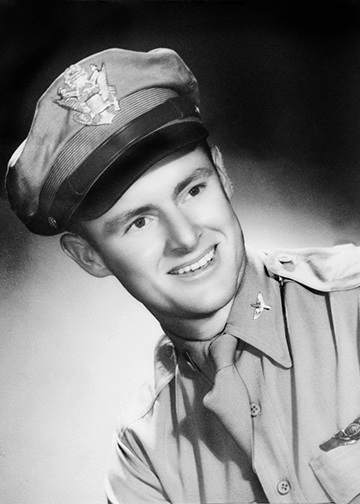 My father-in-law, Jim Crittenden & Joe both lived at Calder Woods in Beaumont,Tx and became good friends. Dad passed in September of 2020. Mr Joe was so kind. He will be missed by many. Our prayers and condolences to his family. He. Was a fine man & will be truly missed.