Joe spent most of his younger years living in Edna, Texas, and eventually settled in Beaumont, Texas in the late 1950s. He became an electrical contractor and started his career with Hinote Electric for over 40 years. In 1984, he became the founding owner of Jefferson Electric and retired from there in October of 2001. He was honored by IBEW Local 479 as a member for over 60 years.

He was married 37 years to the great love of his life, Christine. Many of their years together were spent in the Texas Hill Country in Kerrville and Fredricksburg, before moving back to Beaumont. He had a great love for this part of Texas. As a younger man, he loved deer hunting, but as he grew older, he was just as passionate hunting with a camera as he was with a rifle. He would spend hours feeding and watching the deer from his porch. He would drive around his property taking care of his goats and just enjoying the scenery. He loved traveling and would spontaneously take a road trip to different parts of Texas and the US. He would visit his only daughter, Jonel and family in California. He talked of many fond memories of trips to San Francisco, Sonora, Jamestown and Yosemite.

Joe was well known for his warm and loving heart. His laughter would fill the room when gathered with friends and family. His greatest joy was visiting with family, especially his grandchildren (who called him Poppy) and his many nieces and nephews, great nieces and great nephews. His eyes would light up when they came into the room to see him. He was always quick with a joke or ready to tell a funny story (and he had a lot of them). His greatest saying was “it’s the best in the world”, whether talking about places to go or food that he loved.

Joe is survived by his loving wife, Christine Leigh of Beaumont and his daughter, Jonel Johnson and her husband, Joe Johnson, Jr. of Beaumont. Poppy is also survived by his grandson, Garrett Dee and granddaughter, Jessica Dee. He is preceded in death by his father, Glen Vernon Leigh; his mother, Lula Leigh; his brother, Glen Leigh; and his sister, Clara Jean Thompkins.

At this time memorial services will not be held due to Covid. A gathering of family will be held at a later date.

His cremation will be handled through Broussard’s Crematorium under the direction of Broussard’s, 1605 North Major Drive, Beaumont. 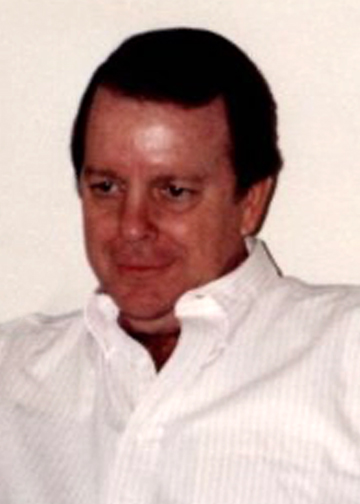 How blessed I was to be able to spend lots of good time with Joe and Chris during this year. I am going to miss his laughter, his stories and most of all his bear hugs! I love you Uncle Joe. You will forever be remembered and will remain in my heart,.

Joe was a unique individual. A hard worker and an avid deer hunter, who could sometimes be found at the counter in the back of Dunkin Donuts telling stories..

Joe was a big brother to me & my sister, Dione, as we were growing up, as well as a very special part of the Browning family. We all adored him & looked forward to the visits. He was an avid deer hunter with my Dad, Mom & brothers. They all had wonderful times seeing who could get the biggest buck. Joe & I share a birthday, which will be in a few days. I will remember the good times with him & think of that big smile & hearty laugh. I miss you, my brother.

Sorry to hear of your loss. The thing I remember of Joe, is his gentle smile.

Joe Leigh was a leader of our organization when I first came aboard in 1996, and Jefferson Electric remains a key member. Joe was a mentor and I learned so much about electrical contracting while working with him and the rest of the Beaumont group. Joe and his wonderful wife Chris were active in NECA, our association, and I have many fond memories of attending events with them. Joe's wit and humor, and his infectious laugh. He will be missed. My heartfelt condolences to Chris, his family, friends, and business associates.