After graduating Loyola University in Chicago, Jack enlisted in the United States Army. As an officer, he oversaw protecting a small village in Vietnam. When he left, the villagers gave him an original painting they made for him as a thank you for his unit protecting them. Upon returning from Vietnam, he was stationed at Fort Hood where his life was forever changed. One fateful night, he went to a musical performance by the Beaumont group, Melody Maids, and saw on stage his forever future partner, Linda Dickson. After her performance, he approached Eloise Milam (the director) for permission to speak to Linda. He was denied. He followed their bus to their next performance to ask again. He was again denied. As always. Jack Cooper never gave up, and the third time was the charm. He finally was able to meet Linda and speak with her (with a chaperone, or course). From that moment on, both of their lives were forever changed.

After getting married in Texas, having children in New York and IL, Linda asked Jack to make their home in Beaumont, Texas in 1981. He worked as a certified financial planner for many years and then worked with his brother-in-law at Mason Construction for a decade before retiring. After retirement, Jack and Linda began traveling the world. According to Linda, every place was their favorite place and favorite trip!

He was a proud member and a hard worker for the Men of Jude and Knights of Columbus. He was a devoted member of St Jude’s Catholic Church. The family would like to thank his church family and group family for their friendship and support for Jack.

To know Jack, you knew he was a proud Irish man! He loved his Busch beer (even though no one gave his beer any respect)! He loved his Chicago teams and supported them even when they lost! However, he loved his wife more than anything. He fought a hard medical battle this last year (between heart attacks and kidney failure to pushing hard to get to Houston to have a heart surgery to save his life) all to make sure he was still with his love. He fought a courageous battle. However contracting COVID right before his heart surgery his body could no longer fight. His family is so proud of how hard he fought in his life for them and are so grateful to have been a part of his life. The family would like to thank Dr. Timothy Colgan for giving Jack hope to fight! There are not enough words to express how much his support for Jack means to them.

His family has been told countless times over the last few days that Jack resonated truth. There were no hidden agendas. He was genuine to the core.

Memorial contributions can be made to the Alzheimer’s Association, 700 North Street Suite M, Beaumont, Texas 77701. 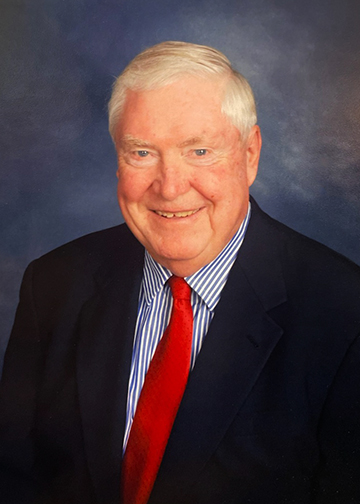 We are sorry for your family’s loss. Know that you are in our prayers. Peace be with you.

We will all miss you, Jack, for your tireless work for St. Jude’s and for Some Other Place. Only you and Linda know the countless hours you spent cleaning floors of the education building before help was acquired. We at SOP will miss you, your work and your humor.
We will continue to pray for you, for Linda and family, and may your family find consolation from all those who love you and prayed for you. May you rest in peace. Toni and Gene Landry

JACK was the first person I ever talked to when I joined the Knights of Columbus. He was always very kind and never forgot my name from day one. I offer my condolences and prayers to Linda and all of the family.

I knew Jack for over 40 years, dearest man I ever met. He will be missed by all, especially when the KC ‘s need help, he would call everyone in the Council to help! He brought men back to the Council just through his calls!! God bless his soul and family.

Jack will be greatly missed at Men of Jude and generally all over town. He was a kind and happy man. Always a pleasure to visit with. We were together on his ACTS retreat in 2015 and had a terrific time! We will miss you, Jack!

True Gentleman. Enjoyed his stories and always the genuine smile he greeted you with. Will be missed. Eternal Rest Grant Him
Lord, and let the Perpetual Light shine on
Him. Amen
Roy and Patsy Kirkland

I am truly saddened to learn of your dad’s death, Caroline. I never meet him but know he had to be special and a loving father. Your parents love story is wonderful and will remain in your heart forever. Prayers go to you and your family.
Always remember the memories and the great times together as a family.
Take care.
Mary Fears

Jack was loved by so many and he will be missed by his family and friends. Dennis and I enjoyed volunteering with Jack at Cooks 2 Dozen events. Dennis enjoyed working with him at some K of C and Men of Jude functions. Jack would come by when he wasn’t working and visit with us at the SundayBreakfasts. On the trip to Israel we also got to know and love Linda. Our prayers are joined with all love and mourn Jack’s passing.

I PRAY THAT JACK’S FAMILY KIND FIND COMFORT IN THERE HEART FOR THERE LOSS.JACK HAD ALWAYS BEEN VERY NICE AND POLITE TO ME FROM THE FIRST TIME I JOINED THE KNIGHTS OF COLUMBUS.HE WILL BE MISSED.

I am so very sorry for your loss. He was such a good man, who loves his family and welcomed friends like me. Thinking of you all and wishing you peace.

Jack always cracked a smile when greeting you and filled in where needed. Enjoyed visiting him with his stories about his World Travels. Sorely missed by all who know Jack!

Such a sweet man. He will be missed by his St. Jude family. Rest in peace
Jack
Wanda Lott

We’re going to miss you Jack but we know you are in a much better place now with our Lord and Savior Jesus Christ. You were always involved at St. Jude and with the K of C. I personally thank you for helping usher at St. Jude for so many years. I pray that God will comfort the family you left behind.
Paul & Donna Kramlick

My deepest sympathy ,for a dear friend may God bless your soul.

My deepest sympathy ,for a dear friend may God bless your soul.

Jack was a good man and friend may he rest in peace.