He was preceded in death by his parents; stepmother, Blanche “Big Momma” Gongre; love of his life, Sharon Lasyone; brothers, Harvey Lee Gongre, Sr., James Lasyone, and David Thomasee; and sisters, Helen Lasyone, and Dorothy Lasyone Bryant. He was the last member of that generation.

Documents indicate he was born in St. Maurice in a cabin on the Cammack Plantation, on the Red River, with little proof he was born at all. At almost seven months into the pregnancy, and weighing a little over 1 lb, at that time not expected to survive. Carnation canned milk, and if I recall goat’s milk… along with incubation more closely resembling a chicken hatchery sustained him. His birth record is incomplete and wasn’t filed at all until he was around 4-years old. The birth document is sketchy at best, as a matter of fact when he retired at 65, the Social Security Office really did not want to use it and it was a fight to prove he was born and survived. They were no longer considered slaves but still had no rights and were indentured by plantation owners. Many of the slaves on the Cammack Plantation were Jamaican. All the facts are hard to come by.

Throughout his life, Buddy never met a stranger, and was always the life of any event. His thick accent, knack for storytelling, and sense of humor made him unforgettable. He loved to talk, and certainly had the gift of gab. Never once did he ever let his serious stuttering stop him from talking and bringing smiles to everyone’s face. He was an artist, something he never pursued, but he could draw most anything. Most importantly he was a produce man and could tell you every fact about every product he sold. (If you need to know the origin of celery, I can fill you in.) But he didn’t eat the stuff himself, he didn’t like fruits or vegetables. Pinto beans and rice, with jalapeños and enough pepper sauce to choke a non-Louisiana Native. Of course, he wouldn’t back down from fried catfish and cornbread with it either. Buddy graduated from Montgomery High School. He went to work for Market Basket as their produce department manager at their original store on Lincoln Avenue in Groves, TX. He worked for Market Basket until he retired, and even after retirement was a fixture at various store locations. He loved to visit old friends. He greeted every female customer as gorgeous, whether she was a toddler or elderly. He always said yes ma’am, and no sir. Buddy treated everyone with the same respect rich or poor, young or old. He was beloved by both staff, and customers at the many stores he worked at over the years. “Hey easy money, come look what I have over here…” He made a friend and sold them 15 watermelons and a pick-up truck before they could get away. Buddy loved camping and traveling to see new places.

Memorial contributions for Mr. Lasyone may be made to The Humane Society of Southeast Texas, 2050 Spindletop Avenue, Beaumont, Texas 77705.

A gathering of Mr. Lasyone’s family and friends will be from 5:00 p.m. until 8:00 p.m., Friday, March 26, 2021, at Broussard’s, 2000 McFaddin Avenue, Beaumont. His cremation arrangements were handled through Broussard’s Crematorium, Beaumont. 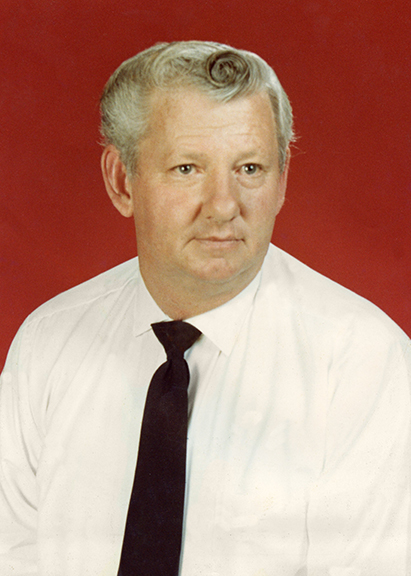 A Gathering of Mr. Lasyone's Family and Friends

A Gathering of Mr. Lasyone's Family and Friends

Buddy was a great friend. He was kind & good hearted. I've always credited Buddy for the privilege of placing my late wife & I together. People of this man's caliber are few & far between. Rest in peace.

Buddy & Sharon were our neighbors go a long while in Labelle. We loved them dearly.

Buddy was married to my Aunt Sharon. He was a part of our family growing up and he was always the life of the party at the holidays. A good hearted man. Rest in peace Buddy.