Louella “Mae” Melancon, 88, of Hamshire, died Saturday, March 7, 2020. She was born on July 9, 1931, to Goldie Phend Heckaman and Schuyler Heckaman, in Chili, Indiana. Mae was a retired pharmacy clerk at Winnie Pharmacy.

She is preceded in death by her parents; and husband, Joe Melancon.

A gathering of Mrs. Melancon’s family and friends will begin at 11:00 a.m., followed by her funeral service at 1:00 p.m., Wednesday, March 11, 2020 at Hope Lutheran Church, 1322 9th Street, Winnie. Her interment will follow at Fairview Cemetery, Winnie, under the direction of Broussard’s, 1605 North Major Drive, Beaumont.

Memorial contributions may be made to Hope Lutheran Church, 1322 9th Street, Winnie, Texas 77665. 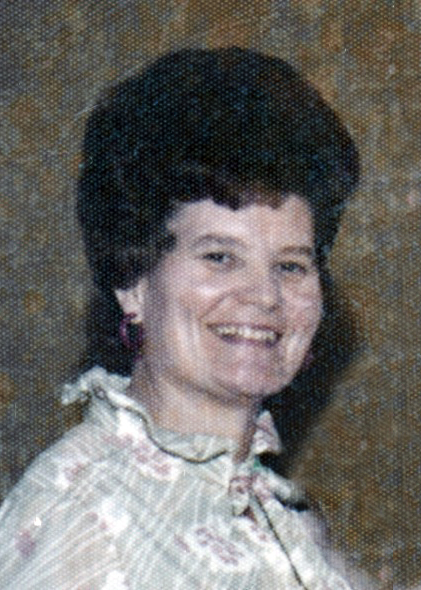 Mrs. Mae was always so pleasant to talk to. Very much a lady. Loved her family dearly.

A beautiful lady inside and out. Our condolences to her family.

Mark, Kathy, Rocky, and Gary, I am very sorry to hear of your Mom's passing. I worked with her many years ago at Little's Drug Store. She was a very sweet lady and we had fun while we worked. You are in my thoughts and prayers.

I will always remember what she said when I asked her what was the name of the dessert she brought to a family gathering. I later found that it was online in recipes as "Mississippi Mud". She told me she called it "Better than Sex pudding". She was the most pleasant person to know. My heartfelt comfort and condolences are extended to all the family of Mae.

Granny Mae was always a very sweet lady. I remember her mostly from my childhood years spent over there with Mandie. May she rest in peace. Our thoughts and prayers are with you all. Lots of love and hugs. Brandy & Tony

Our Sincere Condolences to the Melancon Family.