Lynda Cone, 81, passed away peacefully at home on Sunday, June 5, 2022, after a 21-year battle with Parkinson’s Disease.

Lynda was born February 21, 1941, to James and Birdie Swan in Port Arthur, Texas. She moved with her family to Beaumont in 1949 and graduated from South Park High in 1958. She attended Lamar University for 2 years, leaving at midpoint of her junior year at age 19, to marry Billy Cone.

Lynda and Billy lived in Galveston and Lafayette for a short time before moving back to Beaumont where they raised their daughters, Caren and Cheryl. Lynda enjoyed her time as secretary at Lamar University’s Police Academy for 15 years, then retired after 5 years as Executive Secretary for the Lamar’s Sociology, Social Work and Criminal Justice departments.

Lynda was a loving wife, mother, and friend to many. She was incredibly brave and never once complained as Parkinson’s ravaged her body. Lynda was always there to help guide and support her family.  Among other things, she enjoyed working in the yard, camping, bowling, sewing, traveling, and socializing with friends.

Lynda was preceded in death by her parents and brother, Jerry Swan. She is survived by her husband, Billy, after 61 years of marriage; her daughters, Caren Michel and husband Paul and Cheryl Jones and husband, T.C.; sister, Shary James and husband, Rodney; brother, Terry Swan and wife, Melanie; and sister-in-law, Joyce Webb.  She is also survived by her grandchildren, Garrett Jones, Sydney Bean and husband, Ryan, Malley Michel, Lyndy Michel, and Dawson Michel and wife, Laney; as well as great-grandchildren, Bellea Taylor and Walker Bean. And finally, her puppy dog, Cocoa.

Her family would like to acknowledge her loving caregivers, Robin Mullins and Lurry White. We would also like to show appreciation to Kelsey Moncrief, Angie Lewis, and Amy Detweiler of Professional Health Care for the exceptional hospice service they provided.

A gathering of Mrs. Cone’s family and friends will begin at 1:00 p.m., with her funeral service to follow at 2:00 p.m., Thursday, June 9, 2022, at Broussard’s, 1605 North Major Drive, Beaumont. Her interment will follow at Forest Lawn Memorial Park, Beaumont.

In lieu of flowers, memorial contributions may be made to First Baptist Church, P.O. Box 8067, Lumberton, Texas 77657. 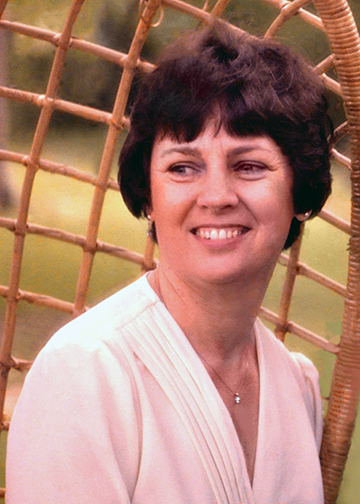 Dear family , deepest condolences, I loved watching the video, although the quiet tears did flow , the memories you shared are so beautiful. Love and prayers. Love Kim

Dear Cone Family,
Lynda will forever be in my heart as the person that introduced me to my wife in 1984. My association with her at the police academy lasted for decades and she was certainly one of the highlights of my career. She was a mother figure to many hundreds of young men who had the good fortune of passing through that academy while she was there to help them, and she will forever be my friend. May God Bless the Cone family.

Lynda was the glue that held the Lamar academy together for many years. A mom to many, a friend to all. She will be deeply missed by all who knew her. Prayers for Cheryl, my kid’s teacher, who embodied everything good from Lynda, and the rest of the family and friends. God’s speed Lynda.
Jimmy Bartley and family

I met Mrs. Cone at Dishman Elementary over 22yrs ago. She was volunteering in Cheryl’s class. My daughter happened to be in that class. My daughter fell in love with Mrs. Cone. She was a very nice and caring woman. She loved the kids. I know some days she didn’t feel well but she came anyway. She said the kids are expecting me and I can’t disappoint them. That took a lot of courage. Down through the years I would always send her messages through Cheryl would say to me Momma loves u too. Mrs. Cone got her healing on the other side. Prayers for the family. God bless u all.

Cheryl I am so sorry to hear of your mother’s passing. My love and prayers always as you get through this tough time. God Bless you and your whole family.

Linda was such a caring person who touched so many of us. I met her as a young police officer over 40 years ago, and we became friends for life. Linda and my mom shared parkinson’s experiences for many years, and now they are both free of all the pain. The world will miss you dearly!