Mayetta Johnson, age 102, died December 27, 2022, in Beaumont, Texas. She was born August 16, 1920, in North Platte, Nebraska, to Fred and Anna (Riedel) Holscher. She grew up on the family farm South of Ogallala, Nebraska. She graduated from Ogallala High School and graduated from Presbyterian Hospital School of Nursing in 1941.

She married Robert M. Johnson in 1942. They lived their 69 years together in Cheyenne, Wyoming. They raised two boys, Robert Frederic and Donald Eugene.

Family was number one with Mayetta. She was a stay-at-home mom until her boys were in school, then she worked as an R.N. for DePaul Hospital in Cheyenne for 20 years as the Director of Nursing.

She was baptized and confirmed at St. John’s Lutheran Church south of Ogallala. She was an active member of Trinity Lutheran Church in Cheyenne. She enjoyed the bible studies and other activities.

After the couple retired, they enjoyed traveling and trout fishing.

After Robert M. died, she moved to Beaumont, Texas to be near her son, Don, and his wife, Kathy. She lived at Collier Park Senior Living. She was a member of Redeemer Lutheran church.

She was preceded in death by her husband; parents; son, Don; sister, Adeline; brother, Ed; grandson, Jeff; and great-grandson, Blake.

Cremation arrangements for Mrs. Johnson were handled through Broussard’s Crematorium, under the direction of Broussard’s, 2000 McFaddin Avenue, Beaumont. Her interment will be held in Memorial Gardens in Cheyenne, Wyoming. 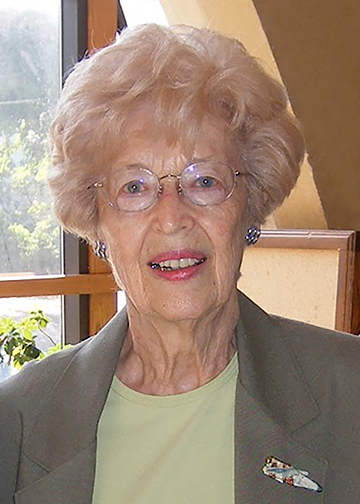 It is with the most sincere heartfelt sympathy what the staff of SYNERGY HomeCare offers our condolences. Thank you for the privilege and honor to care for Ms. Johnson. On behalf of our care TEAM, we offer our prayers and sympathies to her loving family.

Mrs. Johnson was a big influence in keeping me involved in the church. She was my 9th grade Bible class teacher at Trinity Lutheran Church in Cheyenne in 1969. After graduating from confirmation class in 8th grade, her bible class really helped me grow my faith. Because of her example, I went on to teach junior high and high school bible classes at Trinity Lutheran Church in Riverton WY for 40 years. I got a chance to thank her about 20 years ago when I visited Trinity in Cheyenne. Wecome home to heaven. See you there.

Mayetta was a very sweet, compassionate, loving, giving lady. It is so sad to hear of her passing. My condolences to her family.

Mayetta,
We’re sad for your passing but happy you can join your loved ones and get back to trout fishing. Don and Kathy loved you so much and you raised an awesome son in Don. I aspire to be like him every day. God bless you and God Speed.