Although she always denied the Cajun part, Mercedes descended from some of the first Cajun French settlers in Louisiana. Rita Kern’s family settled in 1721 and Lawrence LeBlanc’s family arrived before 1765. They were a part of the group of French settlers who left France and settled in Nova Scotia, then traveled to Louisiana to settle there. Lawrence and Rita lived in Covent, Louisiana at the time of Mercedes’ birth where he was part owner of a soda pop plant with his brother-in-law, Melvin Joseph Gaudin, Jr. Another brother-in-law, C.C. Kern, owned the DeRidder Coca Cola plant which later added brother, L.C. Kern as a partner.

In 1927, Lawrence received financial backing to open a soda pop plant in DeQuincy and he moved the growing family there. They lived in a house that had no electricity, city water or bathroom and made fans from palms to stay cool and relied on mosquito netting for protection from bothersome critters. The growing family lived in tight quarters, but they thrived, and Lawrence became a successful businessman. The children grew up surrounded by close family values and a dedication of service to God. Every night the family gathered and said a Rosary on their knees in the living room.

While growing up, Mercedes worked in the plant applying tobacco stamps to their products and helping make and bottle the sodas. At home, she was in charge of trimming the hedges surrounding the house. She would start on Monday and finish it Friday. She did this every week. She graduated from high school in 1943 and at the age of 17 moved to Beaumont in order to attend nursing school at Hotel Dieu where she became a Registered Nurse. She lived in a second-floor apartment on College and walked to the hospital daily. Later she moved to work at St. Therese Hospital in the baby ward. During this time, she met Donald Pierson at his mother’s café across the street from the hospital. He lived with the Broussard family and drove an ambulance for them and they considered him to be a son. Donald and Mercy had their first date at the Pig Stand on Calder. They married on May 27th in 1948 and began their life together that lasted until his death in November of 1993.

During the early years of their marriage, they lived in several locations including Bon Weir where Donnie was born, China, where Ray was born, Beaumont on Wilshire Street, where Alfred and Mike were born and then moved to Jefferson Farms where Mary Anne, Phillip, Timothy and Walter were born. Donald worked for Mr. Brown at the farm until the bottom fell out of the farming business in the 1970’s and Donald went to work elsewhere. But the Browns had become part of the Pierson Family and Mr. Brown assured them that they could live on the farm as long as they wanted. They made sure the family never needed anything. The farm was home to the Pierson family until the house was damaged during hurricane Rita. Then Mercedes moved to Sunnyside Village. She lived there until she was moved to an assisted living facility, then to a nursing home.

Mercedes spent her entire life serving God, family, and others. On the farm she cared for the children, sewed clothes, cooked three meals per day, washed mountains of laundry, kept an immaculate house and put-up vegetables and fruit raised on the farm. She threw in several rosaries each day, also. Money was tight, but she knew how to stretch their resources. She raised chickens, bought bread by the station wagon full at the thrift shop and used the other resources of milk and beef from the farm. She also took the kids to and from schools that included Assumption for elementary, then later, other schools in the Beaumont Independent School District. A variety of nieces, nephews, family friends, neighboring children were at the farm most weekends and during the summer. Every Wednesday the Assumption priests would come out to the farm for golf, a massive lunch and relaxation. Occasionally the nuns made it to the farm also. Today we would label her as super woman.

On Sunday, Donald was the lector for the 6:00 a.m. Mass. This meant that she had the entire family up, dressed for Sunday Service, fed breakfast and ready to walk out the door at 5:30 a.m. Eventually the priest asked them to take in two sisters, Nancy and Dianne Ackford, whose mother had died. That meant that the household absorbed two more children. Her mother, Rita LeBlanc, came to live with them for several years until her death in 1989.

After all the children had left home, she was able to do more for God. She became a Eucharistic Minister and began delivering communion to Catholics who were homebound or in nursing homes. At one period of time Assumption Church did not have a full-time priest and she and Jimmy Varney conducted communion services for the parish. On Mondays, she counted offering money and helped with the bank deposit. She did this until sometime in the last year. She also attended mass daily. On Saturday, she would attend mass at St. Anne Catholic Church, then go to the abortion clinic off Calder where she and another group of Christians would kneel on the ground outside the clinic and say a rosary for the souls of the mothers and the children being aborted. After the family decided to take her car away, the siblings continued to take her to mass regularly for most days of the week and to the abortion clinic. She continued going there until the clinic closed. She also helped several people in the nursing home who did not have family nearby by checking on them daily, washing clothes for them, bringing necessities and enriching their lives.

She was very involved with her extensive family and tried to be involved in the lives of her children, grandchildren, and great-grandchildren. She was the glue that kept everyone together and passed the torch of family love on to the next generations. Family holidays, birthday celebrations and close-knit ties will be held into the future by the cement of her love.

Memorial contributions may be made to Our Lady of the Assumption Catholic Church, 4445 Avenue A, Beaumont, Texas 77705.

A gathering Mrs. Pierson’s family and friends will begin at 9:00 a.m. with a Mass of Christian Burial celebrated at 10:00 a.m., Thursday, August 4, 2022, at Our Lady of the Assumption Catholic Church, 4445 Avenue A, Beaumont. Her interment will follow at Forest Lawn Memorial Park, Beaumont, under the direction of Broussard’s, 2000 McFaddin Avenue, Beaumont. 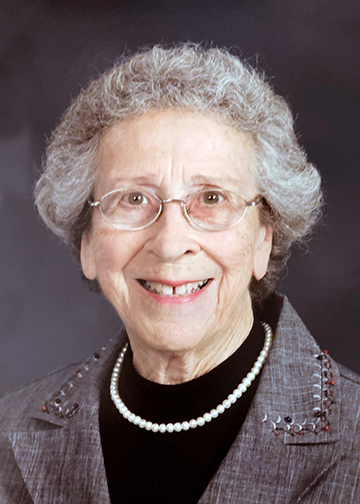 Our Lady of the Assumption Catholic Church

Our Lady of the Assumption Catholic Church

It’s with painful sorrow that I want to express my sincere condolences for the loss of your sweet wonderful mother. I will always cherish the times that we spent together as children and as sweet and compassionate as she was to us. All the family is in our thoughts and prayers.

I am so sorry for your loss. Mrs. Pierson was a great influence in my life as a kid. Being at Mary’s home was home. Supper, card games…. all the family together ❤️ prayers to all. I am sorry I can’t be with you, I am out of town at this time. Know I love you Mary and my prayers are with you.

To all the Pierson children – So very sorry to hear about your Mom. She and your dad were very special to all the Browns. My condolences to all of you.

She was such a sweet lady that loved Jesus and her family. I enjoyed visits with her and picking May haw berries with her when she lived at the Ranch.
My deepest sympathy to the Pierson Family, you lost a good one.

So sorry to hear of your mother’s passing. I know you will miss her. Mercy and my mom, Rosetta, were good friends years back. Prayers for all of you.
Jo Frances Manuel

My deepest sympathies for the loss of your mom. May you find comfort in your precious memories of your mother.

Our deepest condolences in the loss of your beloved mother, grandmother & great-grandmother. We know that she will be dearly missed.

We thank you so much❤️❤️