Michael Arlen Laidacker, 80, of Beaumont, left this earth on May 29, 2020. Michael was born on January 27, 1940, in China, Texas, to Nelson and Willora Laidacker. After graduating from China High School, he attended Lamar University, where he received his BS in Physics and his Masters in Mathematics. He later attended the University of Houston, where he received his PhD in Mathematics. Michael worked at NASA for one year and taught at SFA for a short period of time before returning to Beaumont to teach at Lamar University, where he taught for over fifty years. He was a loving husband to Camilla Laidacker for almost forty-nine years, a devoted father to Monica Pavlich and Margot Laidacker, father-in-law to Jeremy Pavlich, and a doting Papa to his grandchildren, Riley Sellers and Luke Pavlich.

He is preceded in death by his parents, Nelson and Willora Laidacker and his older brother, Daniel Laidacker.

A graveside service for Dr. Laidacker will be held at 1 p.m., Wednesday, June 3, 2020 at Magnolia Cemetery, 2291 Pine St, Beaumont under the direction of Broussard’s, 1605 North Major Drive, Beaumont. 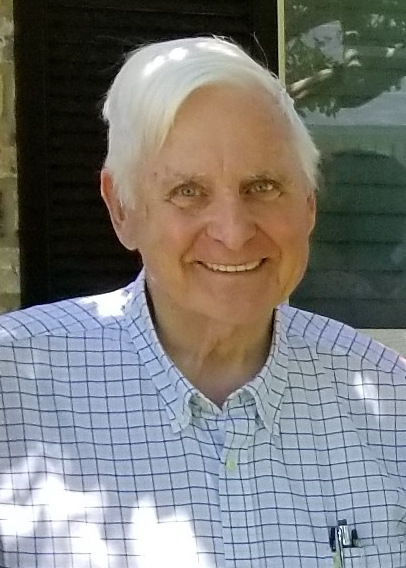 We are very saddened to hear of your loss and would like to express our sincere condolences to you and your family.

Michael will be greatly missed. He was such a special man. May God give Millie and all of the family comfort.

Iâ€™ll miss Michael. I didnâ€™t visit you two often, but I always enjoyed the visits. Michael had a good wit and a cute grin whenever he was being clever. Iâ€™m thinking and praying for all of you. Love you Millie.

I'm sorry to hear of Dr. Laidacker's passing. I saw him often at Lamar, he always had a smile for you, I enjoyed knowing him. My condolences to the family.

Mike was the kindest and nicest person I have met in my life. He had a wonderful sense of humor. I will greatly miss him.

I had the pleasure to have Dr. Laidacker for many Math courses at Lamar. He was always super helpful and made classes enjoyable. He was so knowledgeable and loved to spread his experience of teaching to others. I am proud to have been one of his many students. I am saddened that others won't have the same opportunity to sit and listen to his stories. I am sending my condolences to his family during this hard time!

Will miss seeing Mike in the library! One of our best users and we could never throw away any math books! Was always a great guy to talk to and a fellow Lamar alumni!

I had math classes from Dr. :Laidacker when he first started teaching at Lamar. I will always remember a mischievous smile on his face as he taught calculus. He was a good instructor. May he rest in peace. Sending prayers of comfort to his family.