Myra Estelle Clay passed away on July 21, 2021. She was born on November 13, 1931, in Port Arthur, Texas to Pierre and Norma Guidry. Myra was raised in Port Arthur where she attended St. James High School which merged into Bishop Byrne Catholic High School where she was a member of the first graduating class in 1949. She was a proud member of their Drum and Bugle Corp.  Myra always had a love for music and continued her studies at the University of Texas. On a return trip home in June 1950 Myra met Vernon, her future husband, and they went on their first date. They were soon engaged and were making plans for a wedding when Vernon received his “invitation letter” from the Navy to return to active duty after already serving during WWII. Plans were changed and after a hurried wedding they were off to San Diego. While in San Diego they were blessed with their first child, Cynthia.

Upon leaving San Diego the family moved to Bay City, Texas, where they had their second daughter, Victoria.  They later built their first home in Sweeny, Texas where she was an active Garden Club member. While there, they welcomed two more children into the world: Rebecca, and Jim. In 1966 the family moved to Beaumont into their forever home.

Myra enjoyed being a homemaker and wife in a loving family. Her mother, Norma Guidry moved in with the family after she was widowed and together they enjoyed sewing, music, preparing family meals for celebrations, and gardening. Myra had a passion for gardening and she and Vernon both became Master Gardeners. Together they spent years volunteering at the Beaumont Botanical Gardens. Myra enjoyed doing her part to make Beaumont a beautiful city.  She served as President of Milady Garden club, President of The Council of Garden Clubs, and spent many years on the Parks Board for the City of Beaumont.

Family was always important to her, and she loved researching and documenting family history. Myra always said that “Home is where your family is.” After Vernon passed away in 2008, she took on the task of building a home at Crystal Beach next door to her daughter, Cynthia. This would be a place for family gatherings during holidays and special events. She loved having her children, grandchildren and great grandchildren gathered around her. She was able to spend many nights at the beach, almost living there full time for several years. As her health declined, she moved back to her home in Beaumont where she enjoyed her time looking out to her beautiful yard from her Garden Room.

In lieu of flowers, memorial contributions may be made to Beaumont Botanical Gardens, 6088 Babe Zaharias Drive, Beaumont, Texas 77705. 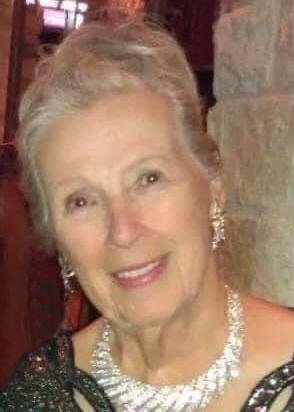 Our Prayers are with you!

Heartfelt thoughts and prayers for y’all and the family. Cj and I loved our visit with your mom and dad and the time we visited after your dad passed. Eternal Rest grant unto her. Lord.

Myra was such a delight to be around. I will always remember our ladies hat luncheon & how elegant she was. Her smile lit up a room when she walked in and she made you feel loved. Soar your Angel Wings my friend and R.I.P.

Mario A. Martínez and Family

A lovely lady.. A mother’s love is forever. So sorry for your loss! RIP.

Prayers to Jim and family.

My Dearest Queen , I worked for you a few months but if I think back of all the hours we spent together I would say it was a life time. It didn’t take me long to get attached you so fast, you were beautiful inside and out what a sweet soul you were. I will cherish every minute we had together may you Rest In Peace My Queen until we meet again. I will forever Love You My Queen

My husband, Ted, my children, and grandchildren love Myra and enjoyed every outing my beloved friend, Cindy, and Jim, invited us to attend. Myra was always the quintessential, strong, polite, gracious hostess or guest. Ted dubbed her "the classiest lady he ever met." They had a special friendship, but truthfully, we all loved and respected Myra. Cindy and Jim, we all love you both and are praying for you during this time. Thrills my heart that in several photos in Myra's video, she is wearing the silver magnolia necklace that Ted and I bought her one Christmas. Heaven is brighter and much classier now that Myra is Home in the Garden.

The world became a better place the day your mother was born and the heavens gained that joy when she ascended with her mind, body and spirit intact. May God bless you all with warm memories, peace and comfort as you navigate life without her. Much love, Cindy Bloodsworth Jeanis

So sorry for your loss. May happy memories bring you comfort in the days ahead.