Nancy married her high school sweetheart, Clellan M. Burns. She took pride raising their two boys Scott and Jeff. While living and working in Austin, Texas she received the recognition, published in the local paper, as one of the most prominent female secretaries. The family relocated to Beaumont, Texas where she worked at Texas A&M Research Center and later continued on to T.E. Moor Insurance Company.

After losing the love of her life way too early, the bond with her sister Becky became unparalleled.

While always looking her best, she enjoyed cooking and spending time with her family, playing bridge with friends and being the life of the party. Her strong will and independence earned her the title, Nancy The Great.

She was preceded in death by her parents, R. Blake Eismon and Betty Rader Eismon; husband, Clellan Burns; and sister, Becky Eismon.

She will be greatly missed.

A graveside service for Mrs. Burns will be held 11:00 a.m., Friday, December 6, 2019, at Forest Lawn Memorial Park, Beaumont, under the direction of Broussard’s, 2000 McFaddin Avenue, Beaumont.

Memorial contributions may be made to the Beaumont Rotary Foundation, Inc., 2355 Interstate 10 South, Suite 213, Beaumont, Texas 77705. 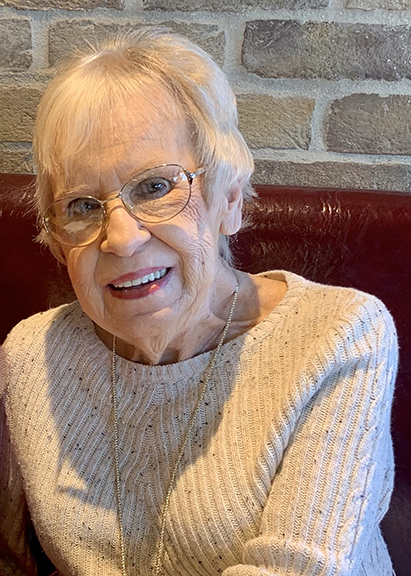 I worked with Nancy at TE Moor for several years. Always dressed to the "T" with a genuine smile. Thoughts and prayers to the family. RIP Nancy and watch over your family & friends.

Jeff and Staci, We are sorry to hear about your mom. You all are in thoughts and prayers. I have fond memories growing up on Cambridge Street and having Mrs. Burns as our neighbor. Carrie and Jim

Ed and I are so sorry for your loss. Our thoughts and prayers are with you all. God bless, Shannon and Ed Garrod

Scott, Jane & family, I am so sorry to hear about the loss of your mother Scott. My thoughts and prayers are with you and your family during this trying time. Big hugs to you all!