Kane was the first-born son of Jerry and Judy Fulfer. Being in a military family meant many moves to different states. He adapted well to the moves, made friends, always interested in sports, mainly baseball and football. After his dad retired from the Air Force they eventually moved to Godley, Texas where he attended and graduated from Godley High School in 1982. After graduation he served in the United States Navy and Army. Upon discharge they moved to Southeast Texas. He served as a paramedic for ten years before joining Diamond Off Shore where he was working as a paramedic/safety technician.

Kane and Ann met at a little league baseball game in 2002. They married three years later. Their blended family included five children. He was very involved with their children as well as their eight grandkids, no matter the activity, sports, band, dance, or gymnastics. Kane was an avid Houston Astros fan and attended many games with his son. They were also able to go to the world series. They have always been the joy of his life. Kane will always and forever be remembered as a loving son, brother, husband, dad, and paw paw.

He is preceded in death by his father, Jerry Buchanan Fulfer. 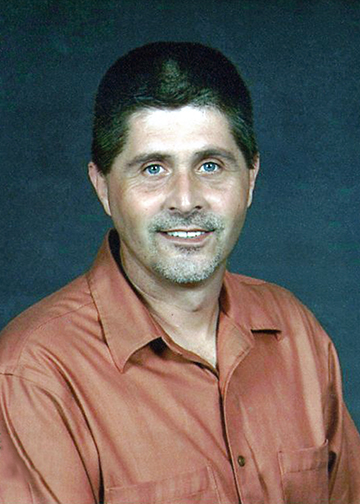 Brandon and Rachel Johnson and Family

We are so saddened to hear of the passing of Kane. Always such a sweet man and so supportive of his whole family! Our thoughts and prayers are with you Ann and the entire family! Love you!

So very sorry to hear all the family will be in our prayers .

My thoughts and prayers are with you. Kane was a good man and a pleasure to work with. May you find peace in your time of grief.

So sorry for your loss. Praying for you and your family ❤️.

Bill and Bridget Todd-Robbins and family

To my cousin Kane, you will be missed. Our thoughts and prayers to his family! All our love.

I was blessed to know him and honored to work with him. My deepest condolences to the family.

Such a wonderful person with an amazing heart and soul who has touched so many lives. RIP Kane

So saddened to hear of Kane’s passing. Continued prayers for the family in the weeks to come! Justin, we love you!

Kane was a close part of our family at the Rig. He was such an influence to so many there including myself. Prayers for your loss in this time of grief.

I worked with Kane several years. Kane became a good friend that we could depend on if we needed anything. Kane I will miss you brother. Until we meet again in heaven.

I am so very sorry for your loss. Kane was a good friend and coworker. It was an honor to work with him. . Prayers for peace and comfort through this most difficult time and the days to come.

We are Kane's Uncle and Aunt, Kane is a great guy, quirky smile that we remember and not forget He was visiting us about 2 weeks ago and we are still in shock regarding his death. He will be missed by many.

Kane and Anne are wonderful neighbors. I am very saddened of Kane’s premature departure. My prayers are with Anne and family. Kane will be missed greatly.

Kane was the definition of a true friend... we always traded pictures and told stories of our grandchildren. To me, he was more like a brother than a co-worker. My deepest sympathy to the family, and I will be praying for you guys.

I will miss talking with Kane in the evenings here on the Blackhornet. He loved talking kids, politics and sports. The pain of his passing is felt by all and he affected all of us in a positive way. Thoughts and prayers are with you Ann and your family.

Kane was the proudest husband, parent and grandparent you could imagine. We’d talk often of his growing family, he’d be smiling ear to ear the whole time. This world will not forget you Kane Fulfer, you have blessed too many lives with your kindness. I will surely miss you sir, Rest In Peace brother.

Justin so sorry for your loss. Prayers to you and your family.

Kane was my brother in law (my brother)! He was a loving and generous man who cared deeply for his family and friends. I will miss his visit to Salado and was so happy we saw him at Christmas. I love you Kane and you will be truly missed . Hugs in Heaven!