Owen Craig Hall, 73, of Tomball, of formerly of Bevil Oaks, died November 8, 2020, at Cox Health South, Springfield, Missouri. He was born on July 5, 1947, to Dolores Wilson Hall and Orville Craig Hall, in Beaumont.

Craig was a proud graduate of French High School Class of 1965. While at French, he served as drum Major his senior year. He was a founding member of The French Folk Singers Plus 1 and also selected to the All-State choir. After high school, his passion for music led him to pursue a degree in music education at Lamar Tech. After earning his degree, he was the choir director at West Orange for a number of years.

Craig’s faith and love for music went hand-in-hand. He led the choirs at North End Methodist and then held the same position after the congregation moved to Wesley United Methodist. He taught choir to hundreds of youth choir and adult choir members always expecting their best. Craig always felt he served his faith was best by his musical gifts.

While a member at Wesley United Methodist, he helped start the AAA Sunday school class, sat on the Administrative Board, and also the Council on Ministries.

Craig began working at the Mobil Chemical Plant on Hwy 90 in 1990. He worked as a compound operator until he retired. The people he worked with during those years became lifelong friends. The job was made enjoyable by the people he worked alongside. 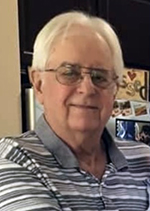 I'm really sorry to hear of Craig's passing. We worked together for a number of years. A really good person. I pray the Lord be with his family during these difficult times. Go Bless.

I'm so glad he's my cousin.

I worked with "O.C." Craig for several years at the then Mobil polyethylene plant in the compounding area on highway 90 for many years. Always enjoyed being on same shift and working with him in all phases. He was intelligent and easy to talk with with any discussions. Always enjoyed our get togethers after work at some of our vendors open houses .Rest in peace, friend.

My friend and coworker. Was there for me when my parents passed. My brother. Rest in piece.

Ketha, he thought a lot of you and cared about you and your family. People like you, Teddy, Pup, and Butch made him enjoy going to work.

He loved all of his first cousins. You all seemed like a tight bunch. Ellen, Noel, Sara, and I have been fortunate to have a similar relationship...more like siblings than cousins.

Craig was a gifted and clasically-trained musician. I first knew him as Chancel Choir director @ Wesley United Methodist Church in Beaumont. During his tenure, the choir reached heights of choral music of enduring quality that has not yet been matched. Rest in peace, and join the Heavenly choir!

I never sing a hymn or hear music at church without thinking of Craig. He was a huge part of my life growing up and was always loving and supportive of me when I was a teenager which I'm sure was difficult. I will love and miss you, Craig.

So sorry to hear of Craig's death. He had a special gift for music. I pray God will give his family the strength to get thru the coming days. Love Patty

I will always remember Craig as the youth choir director at North End Methodist Church when I was growing up. He had such a beautiful voice and always made choir practice fun. My deepest sympathy to all of his family.

Mr. Craig was a very kind person. I work at a Sonic in Beaumont and Mr. Craig would come on a regular basis. One thing I will always hold dear to my heart. I had just received some news from my doctor about an hour before my shift started. Mr. Craig was the first car I went to. He asked what was wrong he said he could see it in my eyes.. I broke down at that point. He then shared a story with me about someone he knew that had been through something similar. Those kind words gave me hope. The kind words he said thereafter gave me courage to see things through. I thank God for putting Me. Craig in my life at that time. When he shared his health problem with me it broke my heart. He moved away soon after and I never saw my friend again. I will never forget Mr. Craig he was a good friend to me and for that I am extremely grateful

Your family is in my prayers during this difficult time but also know you are in the arms of Jesus.! What a wonderful place to be.

Worked with Craig for a number of years at MCC/PE Plant/Compounding Area....sad to hear of his passing......but honored to have known him.

I worked along side Craig in the compounding unit at Mobil for several years until his retirement. We shared many conversations on a multitude of topics, he was a wealth of knowledge and always treated everyone with kindness and showed genuine concern for an problem you had. Craig will be missed, and I pray God will grant peace and comfort to his family.

So sad to hear of Craigâ€™s passing. He was not just a great coworker, but a true friend. I will always have fond memories of the many hours spent working with Craig Many good times on and off the job. He now has his reward for a faithful life. Peace to all Craig leaves behind.

Words cannot express the sadness I feel with Craig's passing. He was truly one of the finest men I have ever known. Rest in peace my friend.

Craig was my high school choir director in my sophomore year at West Orange High School.. what a wonderful director.. It was a joy to sing and accompany the choir under his direction and I'm so thankful to him for all he taught me.. I'm so sorry to hear of his passing.. God Bless..