Pamala Jean Crenshaw, also known as Pam, was born November 16th, 1959 in Wichita Falls, Texas to Lonnie Ray Mahana and Johnnie Ray Horton-Mahana. Pam was four when her family moved and settled into Pasadena, Texas and in the “red” house, nicknamed by the family for literally being a red house. She is the oldest of three brothers, Don, Johnny and William “Billy” Mahana and with being the oldest caring for others came naturally to her and was engrained at a very early age. Her heart has always been led to love and care for others. Pam attended Pasadena High School where she was a member of the drill team. She left school to get married in 1978 and had two daughters from that marriage, Kendra and Kimberly. Pam’s husband at the time was in the Navy and it was just Pam and her girls most of the time. She was a natural and devoted Mother. Pam worked very hard as a medical assistant/nurse to provide for her daughters and raise them on her own. She showed her daughters a work ethic like no other, how to be independent, not to give up and keep going no matter what. A saying both daughters heard multiple times was to; ‘Pick yourself up by your bootstraps and keep going’ and ‘put your big girl panties on.’ She raised two fiercely independent women that she prepared to face any obstacle that they may encounter, what it means to really love unconditionally and how to give people grace.

Pam met the love of her life and was married to Johnny Crenshaw September 26, 2005. They loved each other immensely and they loved the family they built with equal measure. They both were very excited about their latest adventure, their move to the lake, which they were enjoying every single day. They were so happy at the lake and living the “Lake Life”. Pam and Johnny spent sixteen years together filled with love, laughter and adventures. Pam found a peace in her life after marrying Johnny. They both loved the Lord and lived by his word.

Pam’s favorite title in her life was Nana or Nan. She absolutely loved every single one of her grandchildren. She made time for every single one without fail and was their biggest cheerleader. She was very excited about her first great-grandchild, Jackson and both Johnny and Pam got to spend time with him before they were called home.

Pam is preceded in death by her mother, father and her brother, Don Mahana and all the believers she knew that passed before her.

Pam had these three phrases in her phone;

We will miss her on Earth but we know this is not goodbye, this is until we meet again.

A gathering of Mrs. Crenshaw’s family and friends will begin at 1:00 p.m., with her memorial service at 2:00 p.m., Sunday, February 20, 2022, at the Sevenne Hall at Broussard Farm, 10714 East Clubb Road, Beaumont, Texas 77705. Cremation arrangements for Mrs. Crenshaw were handled through Broussard’s Crematorium, Beaumont, under the direction of Broussard’s, 505 North 12th Street, Nederland. 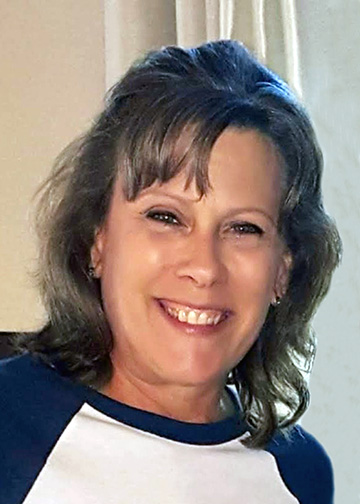 To my very special niece she will be missed. Pam thought always was family and friends she never met a stranger. Pam is with the Lord getting ready for family reunion with her mother grandmother grandfather and her brother. Love you Pam rest in peace with your Johnny

Kim,
I am so sorry to hear about your Parents.
My heart goes out to you and I am praying for you and the family. Praying God wraps his arms around you all during these difficults days ahead. 🙏🙏🙏

I am so very sorry for this tragic loss of one of God’s special earthly souls. Pam and I went to high school together and were a lot alike then and now. We had a great visit at our last reunion. She was “the real deal”. Very genuine, joyful, funny and had a smile that none of us will ever forget. Such a tremendous loss to society as a whole. Our deepest sympathy and heartfelt prayers are with you all daily. Until we meet again, my friend. God Speed. I love you.

I am so sorry for the loss of Pam. I graduated from Pasadena High School with her and together we worked on the decorating committee for our 40th class reunion. We had fun and I enjoyed rekindling our friendship. I had the pleasure of meeting John at the reunion too. Now they are together with the Lord. Keeping her family and friends in prayer.

I’m so Sorry for the loss of my Cousin & her husband. Her Family & Friends are in my Prayers 🙏. May u both R.I.P.

My deepest Sympathy to Pam’s Family & Close Friends. Praying for Your Peace & Holy Comfort in the Days forward. Heaven gained a New Angel on Wednesday.

I will forever miss my mom all of our hearts are broken. Heaven gained a true Angel.❤️

So sorry for your loss. Cherish her memory always and keep her close to your heart and she will be there for you when you need her! 💞🙏

Kim, we are so sorry for your loss. Please know you are remembered in our prayers. May God Bless you and your family and give you peace and comfort during these difficult time.