Robert Earl Turnage was born on December 15, 1943, in Beaumont, Texas to Opal (Morgan) and Wilson Turnage.  He was raised in Vidor Texas and graduated from Vidor High School in 1963.  He married his wife Brenda (Clendennen) on June 2, 1967.  He and Brenda went on to have one daughter, Shannon in December 1970.

Robert began his ministry in 1965 with a revival in Vivian, Louisiana.  He served in many areas of ministry at Victory Temple and as an Evangelist. He served as Choir Director at Victory Temple for a time. He went on to become a full-time Evangelist for 13 years.  As an Evangelist Robert travelled with the Victory Crusaders, across the Country preaching and singing in Revivals and Crusades with Bro. Clendennen.  After leaving the Evangelistic field he became the Co-Pastor and Song Leader of Victory Temple.  Robert was known as much for his singing voice, as he was for his preaching.  His friend Rusty Goodman of the Happy Goodman Singers always said that Robert had one of the best singing voices he had ever heard.  Robert went on to become the Senior Pastor of Victory Temple for 26 years.  He resigned from the Pastorate on December 10, 2017, and he became the full-time President of the School of Christ International, a ministry he was devoted to until his passing.

Robert was an avid reader and loved to study the Word of God. Even with the challenges he was left with following the strokes, he would listen for hours to Alexander Scourby read the King James Version of the Bible.  His daily routine included doing the work of the School of Christ, and listening to the preaching of B. H. Clendennen, David Wilkerson, and others.

Robert Turnage, Pastor Emeritus of Victory Temple and President of the School of Christ International, went Home to be with the Lord at 12:01 a.m., Wednesday, July 27, 2022, surrounded by his family.

Robert is preceded in death by his parents, Opal and Wilson Turnage, and brother Charles Turnage.

Memorial contributions may be made to School of Christ International, P.O. Box 5470, Beaumont, Texas 77726.

A gathering of Pastor Turnage’s family and friends will begin at 9:00 a.m. with his funeral service to follow at 10:30 a.m., Saturday, July 30, 2022, at Victory Temple, 2630 South 11th Street, Beaumont, with his entombment to follow at Forest Lawn Memorial Park, Beaumont, under the direction of Broussard’s, 2000 McFaddin Avenue, Beaumont. 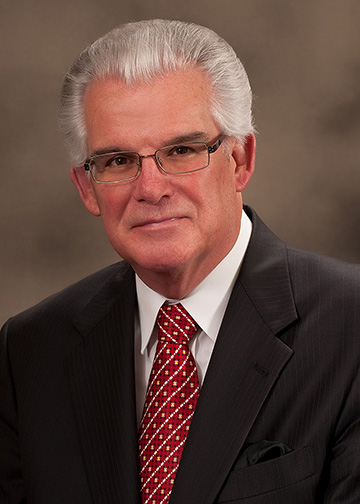 My deepest sympathies to the extended Pastor Robert Turnage family. I feel honored to have had such a great man to call my friend. I loved the many hours of our deep conversations about so many topics, but even more, I loved the man I had them with. I was giving a commencement speech to a group of new health care professionals while you were celebrating Robert, but would have been honored to have joined. I know he would have been proud of the words of wisdom I shared with my new colleagues. Being a beacon of light for others is an honor and a privilege, one that Robert so brilliantly well. I’m going to miss my buddy, but I know the Lord save a place for us to visit him when we too, are called. Much love and many heartfelt prayers to the Pastor Turnage family and Christian flock that he nurtured, and dutifully tended to, myself included.

I am thankful for Bro. Robert Turnage being my pastor for 26 years of my life. I learned a lot from him. He spoke the truth in his messages, they were hard sometimes, but I needed it.
I am so sorry Sis. Brenda, Shannon, Cody, and Hope for your loss. I love all of you!

Gary,
I am sad to hear of the passing of your brother and pray for you and your family to be comforted during this time of sorrow. I remember from my days at Mobil of you talking about your brother and some of the amusing things he would do.

I had the pleasure to work with he & Brenda at the church. Great family of God. I know he will be missed. 🙏

Have known the Tunage family all my life.Prayers to all the family

He is a mighty man of God & will be so missed. Heartfelt condolences to Brenda, Gary, Family & Family of Victory Temple.

Our thoughts and prayers are with all the family and friends.
We will always cherish your love, friendship and the many memories we have. We love you and you will always have a special place in our hearts. ❤️

Thoughts and prayers with family and friends.