Phyllis Lee had been drawing and creating all of her life. She grew up in Dayton, Ohio, where elementary school she began by presenting illustrations of the class stories to the teacher. She attended Oakwood High School, a college preparatory school. At Oakwood, Phyllis had access to a complete art department. In this department she flourished in mediums from pencil sketches to lithographs. Phyllis illustrated the school yearbook, and while the teacher was absent, she even taught all of the art classes. While still in high school, Phyllis began to wear the lieutenant bars of her favorite soldier, “Tex”, Sidney “Bill” Lee. A few years later, Bill became her beloved husband of sixty-two years. Sidney served in World War II in the United States Army.

Phyllis attended the Dayton Art Institute to study illustration, life drawing, and painting. During college she also worked as a colorist at a photography studio and did some drafting work for her father at Wright Patterson Field. After college, she and Bill married and moved to his hometown of Beaumont, Texas.

As Phyllis enjoyed decorating their newly wed apartment, she began to meet other women in the art field. This is also when Phyllis and Bill began their family. In the next ten years they became the parents of four little boys – David, Larry, John, and Clayton. By the time Clayton was born, Phyllis was helping to create the Beaumont Art Museum, teaching classes at the museum, and taking portrait commissions from the community. Phyllis had fond memories of Bill and the boys sweeping, mopping, and participating in the set-up of the early art museum at Fair Park. During the 60’s and 70’s Phyllis began teaching classes in her home studio. The boys would often entertain young guests who had come for a portrait sitting. Many a painting has been completed while a little boy was climbing her back or while dinner was baking.

As Phyllis’ work became known, she sold through Beaumont, Houston, and Phoenix galleries. She has won awards throughout Southeast Texas.

Bill and Phyllis and family had been long time members of Trinity United Methodist Church, and in 1974 Phyllis drew her first sketch for the Sunday bulletin. This tradition has continued for forty years. Phyllis’ pen and ink illustrations have graced bulletins during all the seasons of the church year. Her Christmas and Easter drawings have been collected by many parishioners. Phyllis was a deeply religious woman. She garnered her first love of Christ from teachings and conversations that she had with her adored mother. After Bill retired, he and Phyllis took each of the Bible Study courses offered by Trinity. These courses deepened their relationship and further enhanced Phyllis’ knowledge of the Bible.

Every bulletin cover that Phyllis drew was created with the love and knowledge of the Christian word which combines with her extensive art background.

In lieu of flowers, memorial contributions can be made to Trinity United Methodist Church, 3430 Harrison Avenue, Beaumont, Texas 77706. 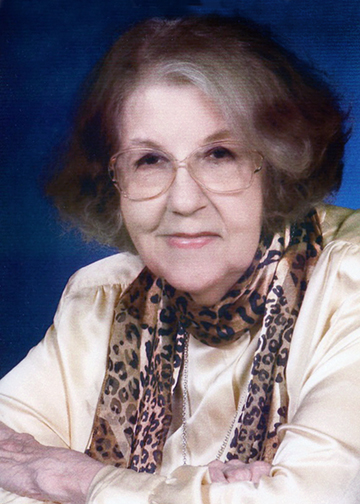 My heart is broken to read this sad news .. I loved her like my Mom .. both her and Bill treated me like a daughter .. I would go over and eat Dinner with them watch tv many happy sweet memories I will cherish forever … my mom passed away now 2 years ago and my heart has still to mend .. I will keep you Clay Lee in my prayers every day and you will never know how much I love and miss you dear friend forever .. Brenda 🙏♥️♥️

Our deepest condolences to the Lee family. Ms Lee was a special lady and it was an honor to call her friend.
You are in our thoughts and prayers.
Carol & Cathy (at Docs office)

I have known Phyllis and Bill Lee for almost 50 years growing up in Trinity Methodist Church youth group. They were the most wonderful people and both always had a big smile and hug when you saw them. I have saved all the bulletin covers that Phyllis created and they will now be cherished for sure. RIP Phyllis.

Lee brothers,
Please know that my thoughts and prayers are with each of you. Your Mother is a wonderful talented lady who always took the time to ask about my family. May god bless her and grant her eternal peace joy and happiness.