Raydyn is preceded in death by his grandfather, Bobby Jones; great-grandfathers, Tilmon Alpers and Leroy Jones; and great-grandmother, E’van Jones.

A gathering of Raydyn’s family and friends will begin at 2:00 p.m., with his funeral service to follow at 3:00 p.m., Sunday, March 24, 2019, at Broussard’s, 530 West Monroe, Kountze. His interment will follow at Williams Cemetery, Warren. 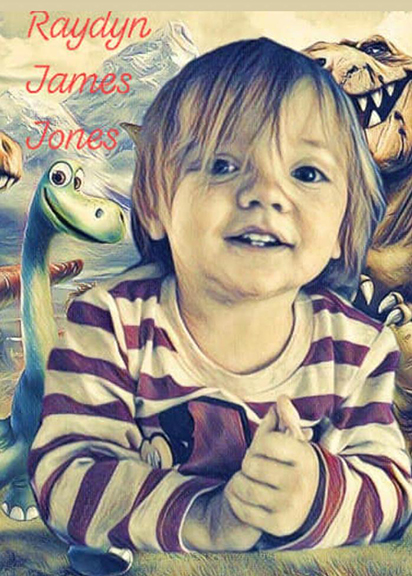 Such a sweet & handsome lil BabyBoy. His smile lit up my whole house the day I met him. I will never forget you Sweet BabyBoy. Fly high on the wings of Angels. Love, Aunt Sara & Uncle Mickey

Ron and I are so very sorry for the loss of this precious baby.. We pray for all that are hurting, and that our Heavenly Father will comfort you and give you strength in such a traumatic and painful time.. With our deepest sympathy, our hearts break for you. Sincerely, Ron and Renee

Sending and reaching out to Casey Jones on Raydyn Jones your son. My condolences goes out to you and your family for this sweet baby boy! Lots of love and Hugs from Arkansas