He attended St. Anne’s Grade School and graduated from St. Anthony’s High School in Beaumont. He entered St. Mary’s Seminary in Houston in 1955 to study for the Roman Catholic Priesthood. He was ordained a priest on December 21, 1963. He served as a parish priest in various parishes in Houston until 1980, at which time he began a ministry of retreats and workshops on healing and recovery from addictive behavior throughout the United States and 9 foreign countries. In 1992 he joined the staff of The Meadows, an addictions and mental health treatment facility in Wickenburg, Arizona, as chaplain. In 1999 he joined the ministry team of Christ of the Desert Newman Center in Palm Desert, California. In 2013 he joined the faculty of Xavier College Prep High School in Palm Desert, where he served the school community as chaplain.

Fr. Jack (as he was known by all) had a wonderful way of inviting people to see themselves as God sees them. His mantra was always, “hang on” because you are loved by God and you may be the way God chooses to spread love in the world today.

He was preceded in death by his parents, his brother, Jim McGinnis, and his adopted family, Garland and Mary Shepherd and Melissa Shepherd Watson.

A Celebration of Life for Father Jack will be held Monday, February 14 at 11:30 AM at Xavier College Prep High School, 34200 Cook Street, Palm Desert, California. Father Jack’s interment will be in the McGinnis family plot at 2:00 p.m., Saturday, February 19, 2022, at Magnolia Cemetery, 2291 Pine Street, Beaumont, under the direction of Broussard’s, 2000 McFaddin Avenue, Beaumont.

In lieu of flowers donations may be made to Xavier College Prep High School, 34-200 Cook Street, Palm Desert, California  92211, in his memory. 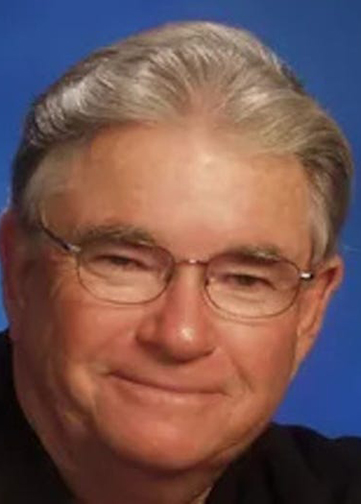 Jackie was wonderful from neighbor in the 40s-50s to the priesthood and beyond. What a loss. The light is dimmer. Love and peace to his family and friends.