Reverend Lawrence Wayne “Skipper” Phillips, 85, of Lumberton Tx, went to his heavenly home on Tuesday, January 17, 2023. He was born August 8, 1937, in Texas City, to Homer and Faye Myer Phillips. He proudly served his country in the United States Marine Corps Reserves. He pastored at the First Baptist Church of Loeb for 26 years before retiring in 2005.

Skipper moved to Kirbyville at the age of 3. He attended Kirbyville High School where he was a prominent athlete in both football and basketball. He then attended Stephen F Austin University on a basketball scholarship. As a young man he worked at the Kirbyville feed store at which time he met his wife, Coy. They then moved to Port Arthur where he became a firefighter for the Port Arthur Fire Department. Later he worked in the petro-chemical industry at both Dupont and Goodrich-Gulf.

Answering the call to the ministry, he hauled his wife and 3 children up to Marshall, Tx, where he completed his education in theology at East Texas Baptist University. After completing his degree, the Lord led him to Savannah Baptist Church in Linden-Kildare. He then returned to Marshall to pastor Friendship Baptist Church for 6 years. In 1979 he came to Lumberton where he served the faithful community of First Baptist Church of Loeb.

He was preceded in death by his parents, Homer and Faye Phillips; brothers, Max, Roy and S.J. Phillips and daughter-in-law, Kim Phillips. 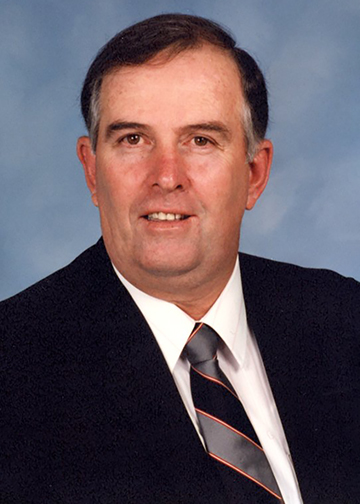 I worked with Skipper at the Port Arthur Fire Department. Good firefighter and good man.