On 22 November 2019, Richard Neill Cardwell of Lumberton went home to be with the Lord at the age of 96. Richard was born 3 September 1923, to Irene and Clarence Cardwell and grew up in Rotan and Roby, Texas.

Before World War II, he attended Texas A&M University for a year, majoring in Mechanical Engineering and Accounting. During the war, he served in the Army Air Force as a radar specialist on Airborne Troop Carriers in Europe.

He trained in southwest England in the operation and mechanics of radar, which was at that time a secret technology. He served on C-47 Carriers which airlifted troops and materiel from England and North Africa to theaters of operation in Europe. His campaigns included, Normandy, Southern France, Rome, Arno, Northern France, Rhineland, the Ardennes, Central Europe.

On D-Day, his carrier was part of Operation Neptune. From bases in England, they carried CG-4 Waco gliders equipped with troops and anti-tank guns. They dropped these behind German defensive lines in Normandy. One of those glider pilots was his future brother-in-law, Don Randolph, though neither of them knew this until nearly 50 years later.

On one-night mission during the Italian Campaign, his C-47 was crossing the Mediterranean from North Africa. German fighters discovered and pursued them. They evaded attack by flying so low that he said, “If a window was open, I could have reached out and touched the water.”

His decorations included a Distinguished Unit Badge, American Theater Campaign Medal, and a European-African-Middle Eastern Campaign Medal with 7 Bronze Stars. He rose from Private to Staff-Sergeant before his demobilization.

He earned his BBA in 1949 from University of Texas, Austin. In 1951, he moved to Port Neches to work for the Texas Highway Department. He received his civil engineering license in 1956 from the Texas State Board of Professional Engineers. In the 1960s, while serving in the Department of Expressway Design, he designed the Hwy 69 and I-10 interchange in Beaumont. From the age of 68 until retirement, he was District Engineer of the East Texas Department of Highways and Public Transportation.

His professional career was not limited to the Highway Department, but he also was a surveyor and draftsman. He planned the expansion of Dowlen Road to a thoroughfare to connect Beaumont’s West End to Hwy. 69 and the proposed Parkdale Mall. He surveyed the proposed boundaries of Lumberton to help prepare it to incorporate as a city.

He was instrumental in so many public projects throughout East Texas—from Houston to the Louisiana border, and from the Gulf of Mexico to the Oklahoma border—it would be impossible to list. He was driven by passion and vision for improving public transportation and achieved extraordinary results.

He was an avid bowler, fisherman, runner, and square dancer, and continued these well into his nineties. He was an outdoorsman who loved traveling around the country camping, fishing, and enjoying the great outdoors with his family and friends. He was a long-time member of Woodcrest United Methodist Church in Lumberton.

He is preceded in death by his parents and four sisters. He is survived by his daughter and son-in-law, Ricki and Rob Clark of Jacksonville, TX, his sons, Russell Cardwell of Lumberton, and Reagan Cardwell of Austin, and granddaughters Raylyn and Reyna Clark. 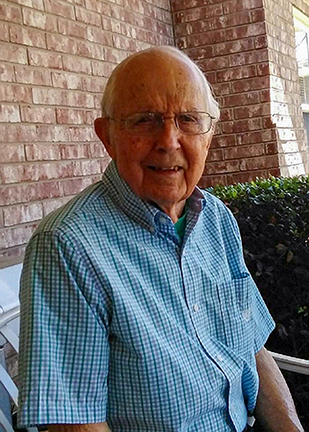 I always loved that man! Rest In Peace, Sir.