Sammy Wayne Stanley, 71, of Vidor, passed away peacefully in his home on Wednesday, August 13, 2021. He was born on November 15, 1949, in Breckenridge, Texas to Dennie Jacquelene Wimberley and Willis Wayne Stanley. Sammy was an oil field worker in the oil and gas industry.

Sammy was a man of few words, though few words were ever needed, as his kindness spoke volumes.

He is preceded in death by his mother and father; sister Darla Carol and brother Dennis Glenn (affectionately known as Goober).

Funeral services will not be held due to Covid. In lieu of flowers, please consider making a donation to one of the following in memory of Sammy:

or at the link below to assist with Alzheimer’s research so others do not suffer needlessly. Please select the “O’Donnell Brain Institute” as the designation and scroll down to insert the tribute information “In memory of” and “Sammy W Stanley”.

Cremation arrangement for Mr. Stanley were handled through Broussard’s Crematorium under the direction of Broussard’s, 2000 McFaddin Avenue, Beaumont. 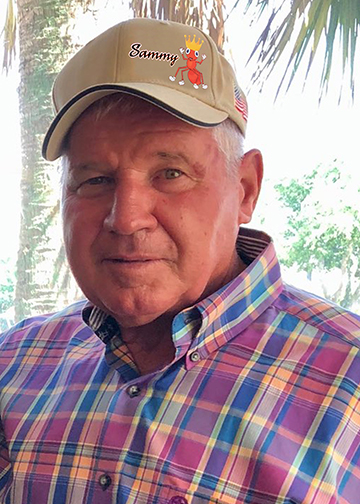 I have so many sweet memories of my sweet brother. He was a gentle and loving person. His love was unconditional. I know that you are in the arms of our Lord and Savoir Jesus Christ and we will be together again one day! But for now my heart aches from missing you! Love you!!! Pam

Sammy was the sweetest man I have ever known and he will be greatly missed! Sparkle will not be the same without him! 😘

Sammy was a great man and I’m very thankful to have had him in my family for the past 20 years. He will be greatly missed.

Such a sweet man to everyone. Lots of good memories. Love from (aunt) Judy

Such a sweet man, loved by all. More like a brother than a brother in law. Going to miss you! Vaya Con Dios Mi Amigo.

Sammy was a good family man and will be missed by everyone and will be remembered by his family and friends too.

So many sweet memories from Sammy’s growing up years! This makes my heart ache. 💔 Love from (aunt) Nina