Moe Cully, of Port Arthur, Texas, took his last breath at Oak Grove Nursing Home, in Groves, Texas, on May 8, 2022. The love of his life, Henny, and his children were gathered around him, holding his hands, just as they hoped to.

Moe was born in Teaneck, New Jersey, on August 19, 1941 to the late John D. and Ethel (Waldron) O’Berry.  About the age of 10, his family moved to St. Petersburg, FL.  Shortly after this, Moe discovered a neighbor’s printing press in his garage that he found very interesting.  This is what got him started in the printing industry. After schooling and training, Moe went to work for a chain of newspapers and worked for many of them around the country.  He settled in Port Arthur in 1973 and worked for the Port Arthur News as a pressroom superintendent.  Moe met his bride of 47 years at this job.  In his words…“Henny was the best thing that happened to me” and “together we have a wonderful daughter, Felicia”.  Moe was a dedicated member of the Lions Club since December 1976.  He held many offices in the District since 1978.  He was involved in the Texas Lions Camp in Kerrville, TX.  Over the past 40 years he served on several boards in the Nederland and Port Arthur area.   When time permitted, he enjoyed fishing with his grandchildren and listening to nature.  He was also known for jumping in the car and taking a road trip! HE ALWAYS LOVED TO TALK ABOUT LIONISM! Per Moe- “IT IS GREAT TO BE A LION”

A gathering of Mr. Cully’s family and friends will begin at 9:00 a.m., with his memorial service at 11:00 a.m., Saturday, May 14, 2022, at Proctor Baptist Church, 4401 Jimmy Johnson Boulevard, Port Arthur. His cremation arrangements will be under the direction of Broussard’s Crematorium, Beaumont. 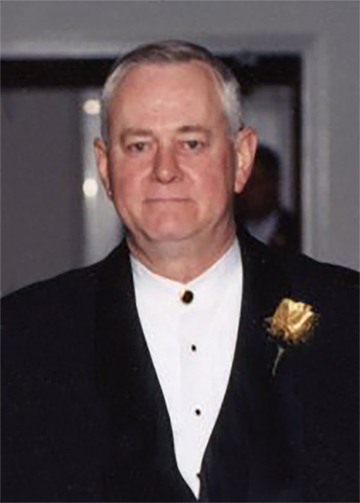 Thoughts and prayers to the family. One of my fondest memories was when I accompanied Aunty Henny and Uncle Moe on a trip the Texas Lions Camp. It was a great trip, and I met many great Lions. Blessings to the family.

We missed you Chance! I’m sorry you couldn’t be there today, but I know you were at heart!

Sorry to hear about Moe, Prayers are with the family.
I traveled with Moe during my years with Lions and he was always a delight to be around, he truly loved being a lion and talked about Texas Lions camp every time he had the chance.

I feel like I knew Felicia’s parents thru their wonderful daughter. She was a devoted daughter who loved her parents very much. What a wonderful family that will miss such a leader in the family. This is a man that will lead his grandchildren and great grandchildren by example thru life. Love to you Felicia! Your Client and friend Becky Tate

Becky, thank you for your kind words and love!

We are so sorry to hear about Moe, please give everyone our condolences. Henny, if you need anything, please let us know, we love y’all

So sorry for your families loss. You’re in our thoughts and prayers.
The Crain family

Lots of fun memories of Moe and Henny cruising the Caribbean with us! Also they went on one of their many “road trips” one time, reaching Amarillo in a blinding snowstorm, where they stayed snowed in for several days. Then they headed west and drove al the way to Utah to visit us!! Once they headed towards Wisconsin, then changed their minds AND directions! They were an adventurous & fun couple! Moe always remembered to call us on Christmas and New Years! Love you, Moe!