Sue Steward, 83, of Beaumont, died Tuesday, April 28, 2020. She was born on August 12, 1936 to Gladys H. Yancey and Jerry S. Yancey at home in Beauxart Gardens. As a youngster she moved with her family to their home on Milam street in Beaumont. Sue attended Fletcher Elementary, David Crockett Junior High, and graduated from Beaumont High School in the class of 1954. She earned an associate degree from Lamar in Secretarial Science in 1956 and returned later in life to earn a BS in Education and a Master’s degree from Texas A&M University in Education.

Beginning in 1959, Sue commenced to raise two sons, Sam and Tim, one daughter Cindy, and was preceded in death by her second daughter, Jill. Her family was later joined by two daughters, Karen Neild and Rebecca Amy.

From second grade through high school Sue took formal ballet dancing from Widman’s School of Dance where she developed a passion for dance that lasted a lifetime. She became an accomplished decorative painter and enjoyed sewing and knitting. She made clothes for her children, grandchildren, and later made knitted caps for newborns. Sue was an active member in two local bridge clubs and an avid card game player with her husband, children, grandchildren, and great grandchildren. She could cook most anything and make it delicious but was well known for her shrimp gumbo and golden party salad. Sue loved travel and enjoyed seeing the world from cruise ships with Harold who also joined her on multiple hikes to the bottom of the Grand Canyon.

She was a Born Again Christian; accepting Christ as her savior at the early age of ten and was an active participant in “Bible Study Fellowship” for more than ten years. Sue attended the Noah class of First Baptist Church Beaumont for many years and most recently attended Wesley United Methodist Church and participated in the “Seekers” class.

A family graveside service for Mrs. Steward will be held at Forest Lawn Memorial Park, Beaumont under the direction of Broussard’s, 1605 North Major Drive, Beaumont.

Memorial contributions may be made to Shriners Hospitals for Children, 815 Market Street Galveston, Texas 77550. 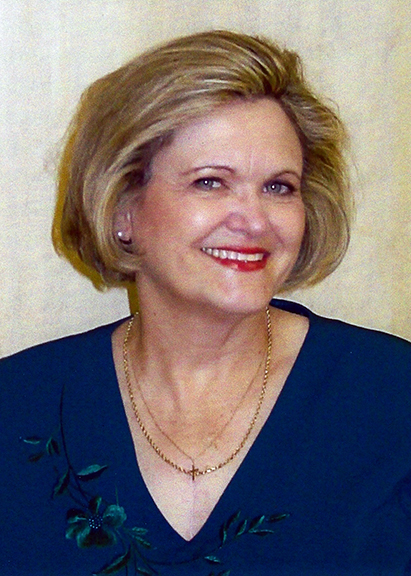 Our condolences to the family for your loss. Our prayers are with you. God Bless.

so sorry for your loss, harold

So sorry for you loss.

We are so sorry for your loss. Sue was a very sweet and thoughtful lady. We are praying for her family and friends. She will be missed by many.

Harold, Iâ€™m so sorry for your loss! Sue was such a fine person and perfect partner fo you! She was an excellent and devoted teacher and will be missed by all! Joan and I will keep you and your family in our prayers. We know we will all see her again when we join her in heaven. May God give you comfort and grace in this difficult and sad time! Your friends, Hoyt and Joan Simmons

Harold and family... we are so sorry to hear of Sueâ€™s passing. She was such a lovely and kind lady, and I know she will be greatly missed. I rejoice in knowing we will all see her Heaven one day! Hugs and prayers to all of you.. Barb and Jim

We are so sorry for your loss Harold, Our prayers and thoughts are with you my friend..God Bless.

So sorry to hear about Sue. May God give you His peace and comfort. Sorry we canâ€™t be there for the visitation since my immune system has been compromised from chemo. She was a very special lady. We will all get together after this quarantine is lifted. Love you.

Our prayers and sympathy are offered to you during your time of bereavemen.t.

Sue was such a sweet woman and she and Harold were so kind to my parents. They certainly showed them the face of Christ. Our prayers are with the family.

Harold and family, So sorry on your loss of Sue. She was a devoted wife and loved her family to no end. We will miss Sue but know she is on her journey to be with our precious Savior. Continued prayers for you and the family.. Her loss will be felt during our church services. God bless.

Dr. Steward, My heart aches for you in the loss of Sue. My prayers are with you and all your family as you face the days ahead. Sincerely, Nancy Hale

Karen and family - we were so sad to hear of your loss. Our prayers are with all of you.

Dear Harold and family. My heart goes out to you during this sad sad time. Sue was a dear special friend and will be so very missed. But the joy will come when you meet again. all my love and blessings.