Thomas Joseph Barland, 85, of Lumberton, passed away Tuesday, April 5, 2022.  He was born on May 14, 1936, in Cottonport, Louisiana, to Jessie Thevenot Barland and Charles David Barland.

He graduated from Silsbee High School in May 1955 and joined the United States Navy in June. He served four years and was honorably discharged in 1959, as a parachute rigger 2nd Class petty officer, serving aboard the USS Yorktown Aircraft Carrier. Tom loved the Navy and liked to tell his stories to anyone who would listen.

Tom became a loving husband when he married his wife, Geraldine (Jeri) in 1962. He became an even more loving father or “daddy” when his three angels came into this world: Karen, Kathy and Charlene. Tom and Jeri raised them to be great kids, good students, determined athletes and all with a college degree. See, education was extremely important to him. Tom received seven more blessings over the years. His seven grandchildren: Alyssa, Kendall, Reid, Allison, Matthew, Judson, and Caleb. He loved how each grandchild had their own unique personality and talent.

He enjoyed family gatherings on the weekends and family reunions over the years in Texas and Louisiana. Tom loved everyone as though they were his own family.  It’s been said Tom never met a stranger.

Tom worked hard for nearly forty years to provide for his family. He took the occasional vacation to Astroworld and caught an Astros game, but his best and most memorable vacation time was spent at the lake doing what he loved: fishing, skiing with the kids, and sitting around the campground visiting with family.

He was really into sports as he coached his daughters’ softball teams, as well as umpiring Little League. He was a true Cowboys fan, often leaving camping early to catch the games on television. He loved to watch his brothers-in-law play football for McNeese in the fall.

Tom would make time to watch his grandchildren participate in extracurricular activities from piano symphonies to sporting events. It didn’t matter what the activity, he just enjoyed watching the grandkids.

He said he was blessed to spend his retirement years watching his grandchildren grow up, get married and become working professionals. He said he was proud of them because “they did it the right way.”

Over the years, Tom’s relationship with God grew. He devoted his morning to daily mass, the rosary, chaplets, novenas, and devotions. He was an example to his children and grandchildren. Near the end, Tom would reassure us that he “was good with everything and ready to go” whenever the Lord called his name. He was always trying to make things better for those around him. They say a person is remembered by his legacy. Tom’s legacy was to “Love God, Family and Country.”

What better way to remember a beloved husband, daddy and pawpaw. He taught us to love, he showed us how to love, and only asks now to love one another. 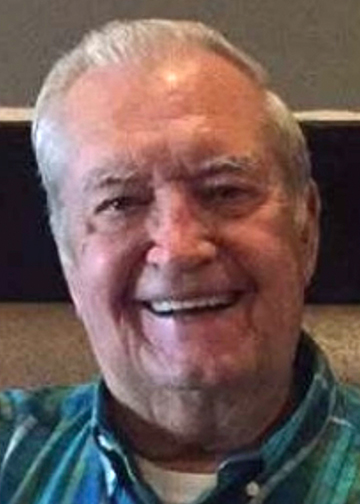 Jeri, I’m so sorry to hear about Tom. Though I didnot know him, I do remember hearing you talk about him back in the day. Oh, in case you don’t remember me, I worked at St. E when you worked for Dr. Pratt. .My family were patients of Dr. Pratt. You were always so nice to all of us. I have such fond memories of you. Thank you for that. Prayers for God to give you and your family comfort and peace thru the days ahead. Flo

My mother, Theresa Goolsby Buck, was Tom’s cousin. She always enjoyed the time she spent with Tom and Ken. Now they are together again.

Kathy and family,
My sympathies for the loss of your dad. I didn’t know that he went to school in Silsbee. My family lived in Silsbee and my sister graduated in 1959 . We all graduated from Silsbee. From the video I can see that you look so much like your mom. I will be praying for peace for your family. Would love to hear from y’all.

Tom was my cousin and I have fond memories of him and Kenny and the many Christmases my mother and I visited. I was named after his father.