Tolbert Crowder, Jr., 85, known to most as Tart was born on April 15, 1936, to parents Tolbert Sr. and mother, Jeanette Reneau. Tart passed away on Monday, August 23, 2021, at his home in Fannett with his children surrounding him.

Tart lived most of his life in Port Acres where he grew up with his six younger siblings. Being the oldest, Tart spent many an hour helping his parents keep up with the active, mischievous younger brothers and sisters. The stories he could tell about this group were hilarious. Had the tales been captured in a book it would have been a bestseller. The whole family often jokes about this fact.

Tart attended Stephen F. Austin School which included 1st through 12th grades.  He may not have talked much about the academic side of things but he loved school sports.  Following in his father’s footsteps, he was a force to be reckoned with on the football and track fields.  School sports were not Tart’s only interest.  He was, also, an avid outdoorsman.   His father taught him how to fish and hunt at a very young age. Through the years, Tart, shared his love of hunting and fishing with his children, especially with Son, Mark, and his grandchildren.

On February 15, 1954, Tart married the love of his life, Dolores McFarland.  They had 3 children: Laurie, Mark, and Joanna.  Once the kids were grown, Tart and Dolores went fishing and hunting together.  The two were married for 42 years, when Dolores passed away.

Tart had a very successful work career.  When he retired, in 1996, he was the manager of the shipping department at Oxy Chemical in Beaumont.  He did not get there by having a college degree. He earned his position through dedication and hard work.    He often schooled his children and grandchildren on the importance of a positive work ethic.  Tart would, also, encourage the kids to get the education needed to make their career aspirations a little easier to obtain.

After retiring, Tart was able to spend time on another one of his interests.  Refurbishing old guns. He and his brother, Bob, often spent time together working on their guns.  Guns were not just for hunting, they were for collecting and displaying. He was always a firm believer in our 2nd Rights Amendment and felt like everyone in the family should own a gun.  He did his part to ensure this happened.

The family’s most recent memories of their Dad and PawPaw involved his love of the old western shows.  He especially liked Gunsmoke and watched the episodes over and over and over.  The family is not sure but feel that the neighbors may have been able to hear the episodes as well.

Tart, Daddy, PawPaw…. Was a very family oriented man.  He is loved and will be missed by all his family and friends.

He is preceded in death by his parents; wife, Dolores Marie Crowder; grandson, Eric Neal; and sister, Eleanor Spence.

Memorial contributions may be made to the National Rifle Association, 11250 Waples Mill Road, Fairfax, Virginia 22030 or online at https://donate.nra.org/donate. 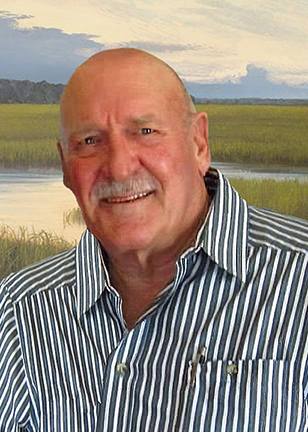 Prayers for comfort for the family during this sorrowful time.

So sorry for your loss. our thoughts and prayers are with you all.

Our prayers and thoughts are with the family. We have lost a dear friend. May God give your family peace during your loss.