William Mitchell Patrick Homann, age 74, of Beaumont boarded his fighter jet to Heaven on Wednesday, June 30, 2022. Bill left us peacefully in the comfort of his home with family by his side. He was born in St. Louis on July 28, 1947.

Bill enlisted in the Airforce at the age of 19 as an airplane mechanic. He served in the 456th Organizational Maintenance Squadron refueling aircrafts during the Vietnam War. During this time, he also served as a Crew Chief on a KC-135.

He was a devoted father and husband who encouraged strength and independence. Bill was a wizard at mathematical equations and solving problems. This led to the stout belief that anything can be repaired or fixed if one has the right tools. His hobbies included racquetball, tinkering with car engines, aircraft movies with Top Gun being a favorite, classic car and aircraft shows, astronomy, camping, Boy Scouts (Troup 85 Leader), repairing motorized vehicles, and mainly refurbishing anything with a failed engine or part. Bill loved listening to the Beach Boys albums and “Oldies but Goodies”.

Bill preferred to be addressed as, “Mr. Bill”, but easily accepted it being replaced as “Pops” by his grandchildren. Common sayings at the Homann house included “Give Em Hell”, “Stand by”, “It’s acceptable”, “Affirmative”, and his favorite “Stand down”. He will be remembered for his dedication and passion for his profession. He set an example to his children and young engineers on the true meaning of work ethic, dedication, and he believed in working hard to achieve goals and objectives.

Bill is survived by his wife Donna, and three children; Joshua Homann and wife Lauren of Austin, Lindsay Coleman and husband Randy of Beaumont, Julie Watkins and husband Carl of Sarasota, Florida; and four grandchildren, Claire and Bishop Coleman, Patrick and Pierce Watkins. In addition, Bill is survived by his sister Diana Kane and her husband Tom of Winchester, Missouri and his brother Tim Homann and wife Jin of St. Louis, Missouri. He will be missed by his in-laws, numerous nieces and nephews and his grand dogs. Bill is preceded in death by his parents, William A. and Hilda Homann.

A gathering of Mr. Homann’s family and friends will begin at 10:00 a.m. with his memorial service to follow at 11:00 a.m., Thursday, July 7, 2022. His cremation arrangements were handled through Broussard’s Crematorium, under the direction of Broussard’s, 2000 McFaddin Avenue, Beaumont. 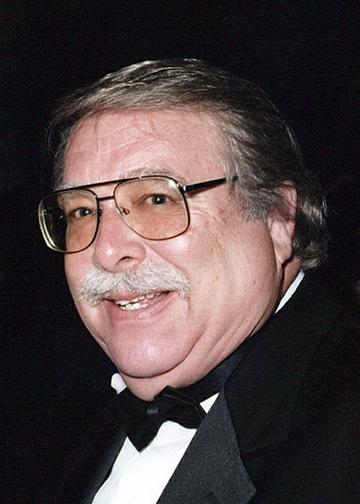 Donna and family – My prayers are with you at this difficult time. I am sorry to hear of the passing of Bill. I hope you will each find strength in your special memories of him and let your memories help bring you peace.
Jan Fertitta

David and I are sorry to learn of Bill’s passing. We know God will bring peace to your family . Praying for all of you.

Donna, I am so sorry to hear about Bill’s death, You and your family are in my prayers.

So sorry to hear of Bill’s passing. I was shocked when I saw it in the paper today. Praying Donna for you and the family.

Met Mr bill while i was outswide sales for local company, he was at ISP plant… we became friends right off, when i seen pics of planes, i told him just moved from airbase and miss those giants…was a very smart person, and very polite in all our meetings, was a pleasure to have known this man…

What a Man. Worked with Bill back in 70s&80s at G.E. One of a kind. Did everything on purpose. A very nice gentleman. You will be missed. Condolences to the family.

Such a great tribute. So sorry for y’all’s loss. I know all will miss him greatly. Lots of great memories. Love y’all lots. XOXO 😘

Prayers to the family. Bill will be missed. Being in the industrial pump business, I had the pleasure of working with Bill over the years. He was a character for sure, and a hard-working, honest, and smart engineer that we sure did enjoy interacting with. He was a problem solver who loved his work.

I am so sorry to hear about Bill’s passing. He was such an awesome man. We had so many talks about turbines, and motors, etc. We discussed the building of plant units that he did in record time, and was so proud of his work. I learned so much about how motors work from Bill. He was such a unique man, and will truly be missed. My thoughts and prayers are with you and your family.

Donna & family, we are saddened to hear of Bill’s passing. Hope you know that our thoughts & prayers are with you all. We know he will be truly missed.

Bill was a genuine and unique “hoot”! There was never a dull moment when. Bill was around and he had so much knowledge that he just loved to share and teach. I, along with my coworkers at Carrier, loved and appreciated Bill not only as a valued customer, but as a special being. May you Rest In Peace Bill, God bless your soul and we will see you in Heaven one day. My prayers go out to you, Bill’s family. ❤️

Bill was a genuine and unique “hoot”! There was never a dull moment when. Bill was around and he had so much knowledge that he just loved to share and teach. I, along with my coworkers at Carrier, loved and appreciated Bill not only as a valued customer, but as a special being. May you Rest In Peace Bill, God bless your soul and we will see you in Heaven one day. My prayers go out to you, Bill’s family. ❤️

Donna, Josh and girls, so sorry for your loss. After living across the street from “The Homann’s” for 40 plus years it will be hard not seeing Bill pull into his driveway every evening. Bill was a good neighbor and good friend. Will miss our neighborly chats at the mail box where we discussed family and world affairs. You can Stand Down now Mr. Bill! See you on the other side, brother.

Worked with Bill at RDS…he was so proud of his children. Updated me often on what they were doing. If he didn’t update me, I would ask and he was always glad to share their accomplishments. I know his family will miss him.

Donna and family, we are so sorry to see that Bill has passed. My heart hurts for you. He was a true believer in the do it right method. Love the pictures to remember him by. I know he is resting in peace! No more pain. Love you,
Joan and Bruce

Donna.Josh.Lindsey Julie
I’m very sorry to hear of Bill’s passing may he now rest in eternal peace with our Lord Jesus Christ. I will keep you all in my prayers.

My Prayers Go out To family and Friends of Bill. I had the Privilege to work along side Bill many times. He was always an Inspiration and Mentor. He Will Truly Be Missed.

To Bill’s family,
I’m so sorry for your lost. Bill was always so fun to go on campouts with when our sons were in Boy Scouts, Troop 85. He was always ready to teach the boys responsible for life’s long road ahead. He really believe in sharing his knowledge in what they will need to be Successful adults. He shared his time and his work ethic with Troop 85 and with our sons. It was alway good running into Bill at HEB and him updating me on what Josh was doing and how proud he was. Bill will be missed, but please know, he made a difference and he was loved and Appreciated.
May fond Memories of Bill bring you comfort in the coming days as friends and family gather to Celebrate his life.
Much Love & respect,
Ted & Gretchen East

Donna and family…keeping you in my thoughts and prayers during this hard time. Praying for peace and comfort for all of you. Love and hugs. Terri

I  am thinking of you Donna and keeping you and the rest of your family in my thoughts and prayers.  Bill fought a courageous, long and hard battle.  Let your positive memories sustain you through the rough times.