Billy Ray Atkinson, 71, of Warren, died Monday, February 3, 2020, at Tyler County Hospital, Woodville. He was born on December 17, 1948, to Delores Marie Theriot Atkinson and W.C. “Bill” Atkinson, Jr. at St. Mary Hospital in Port Arthur. He grew up in Port Acres, where he attended Pease Elementary School. He graduated third in his class from Stephen F. Austin High School in 1967.

In 1968, he joined the U. S. Army and attended basic training at Fort Bliss in El Paso. Billy volunteered to go to Vietnam in early 1969 after one of his friends was killed there. The Army decided that he had a critical MOS as an electrician and sent him to Alaska to work on the Early Warning missile defense system. He served at Fort Richardson in Anchorage and Fort Wainwright in Fairbanks. He was also sent to Valdez, Alaska to help rebuild the Army post damaged by the 1964 earthquake. Billy was honorably discharged as a Specialist 4th class in late 1970.

Returning home to Port Acres, Billy re-joined the apprenticeship training program through IBEW Local 479 in Beaumont. After four years, Billy turned out as a journeyman construction electrician. This would be his career for the next 25 years. Through Local 479 he worked for numerous local shops usually as a foreman or general foreman and sometimes also serving as shop steward. In 1994, he hired on at Sunoco Marine Terminal (later Sunoco Logistics) in Nederland and worked as a maintenance electrician, an instrument technician, and a bunker operator. Since there were so many people named “Bill” in the terminal, each one earned a special nickname. He became known as “Megabill” and this was his favorite nickname. Billy served as president of Sunoco’s local association of workers for several years. He retired in 2018 with over 24 years of service.

Billy loved to hunt and fish. He was a proud member of the Port Acres Sportsman’s Club and served on its governing board and as President. His motto was, “If it flies, it dies”.   He also enjoyed the family “camps” on Toledo Bend and Sam Rayburn. Another big part of Billy’s life was his love for games of chance. He was introduced to Bou-ree, penny ante poker, and horse racing early in his adult life.   He later added other variations of poker, slot machines, various lotteries, and sports betting.

As much as Billy loved his careers, the outdoor life, and gambling, his greatest love was his family. He was so proud to be a member of the Atkinson, Theriot, and Romero extended families with deep ties to the Cajun culture. Billy and Joannie started dating after he graduated high school and became engaged when he came home from the Army. In 1972, they married and lived in Port Acres surrounded by family and friends. Their son Brad was born in 1975, and daughter Jennifer followed in 1977. The family moved to the Jehlen family farm in Warren in 1988.

The family requests that in lieu of flowers, memorial contributions be made to his grandchildren’s education fund in care of his wife, Joannie Atkinson, P.O. Box 575, Warren, Texas 77664. 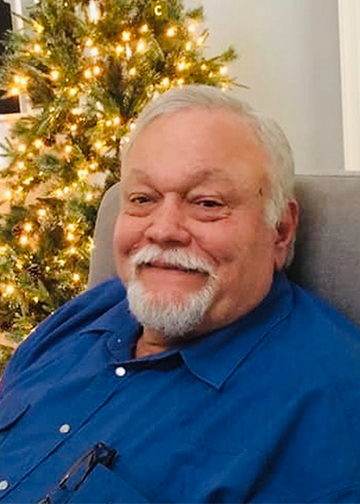 Our sincere condolences to the family! Joannie you and your family are in our thoughts and prayers! Love you!

Joannie, my deepest sympathy to you and your children. Also to Renee and her family. Prayers and thoughts are with you all.

I am deeply sorry for your loss of your dad, he was like turn friend for many year, realty in joy get together early year at house for draft night. He will truly be missing. My prayers go out to you and family. I sorry I didn’t make last night but I am stud out of town for work on project.

i did lot of fishing with bill. we always stopped by Fish R Hunt to get tackle. he never led me wrong on what to buy.. one time we were fishing murphys wildlife refuge and he decided we needed to move. s we were going along i spotted a huge gator, a good 10 feet long . as we came by him he suddenly jumped and crashed into the water right next to the boat. i swear we almost went over. we got drenched. i turned and looked at bill. he was laughing and said well we did need to cool off huh. he was the best fishing partner i ever had.

best fishing partner by far. one time we were fishing the ditches in Murphy wildlife refuge and bill decided to move. as we were going along chatting on what bait we could try i saw a big gator sunning on the bank . as we drew parallel to him he suddenly jumped off the bank and landed rght next to the boat . we almost turned over. we were drenched. i turned to bill and he was laughing. he said well we did need to cool off right. my favorite trips with Bill was fishing Shallow Prong Lake. i might post that later.