Dr. James Iwenekhai Apaibu Eezzuduemhoi, also known as Omotsa, 87, of Nederland, died Saturday, October 3, 2020, at The Medical Center of Southeast Texas, Port Arthur. He was born in Apana, Nigeria, October 15, 1932. Dr. Eezzuduemhoi was a descendant of the illustrious family of Anewho from Apenamho Etsako, Afemai Division, Edo state. He was man of many talents and became a symbol of pride and recognition. He set an example to a book-work minded generation that followed.

Dr. Eezzuduemhoi was the son of a farmer though he lost his father at the age of one. He felt destined to be a carpenter. His carpentry apprenticeship was cut short when he realized that he wanted more from life. During an era when education was a privilege of the wealthy ones, he ran for rescue and received assistance as a house help in exchange for primary school education. He attended first grade at the age of nine.

Dr. Eezzuduemhoi’s conviction was that Christianity is the way to Heaven and his admiration for the Greek civilization and Latin shaped the remainder of his existence.

After the completion of secondary school, he furthered his education and started a gainful life and family. Dr. Eezzuduemhoi was hardworking and ambitious and would not settle for less. By 1962, at the age of thirty-three, he migrated to Greece and became the first Black African student at the Aristotle University in Thessalonica. Dr. Eezzuduemhoi studied and excelled in Greek Philosophy and Theology. There, he received his master’s degree coupled with his bachelor’s degree from London and capped with a PhD from the Capodistrian University of Athens-Greece. What a race! He accomplished all of the accolades with the support of his faithful wife beside him raising four children.

Dr. Eezzuduemhoi returned to Nigeria and had a fulfilling career as an educator. He was the Dean for School of Humanities and retired as Chief Federal Inspector of Education. Following his retirement, he worked unceasingly writing education books, such as, The Ancient World, Fundamental Greek Course and Key, and An Ideal Hegemon in Ancient Greek Literature. In 2010, during an annual meeting in Oklahoma City, Dr. Eezzuduemhoi received recognition as a member of The American Philosophical Association.

Dr. Eezzuduemhoi never forgot those who supported him along the way. He expressed his gratitude to The Almighty for Barnabas Momoh Eezzuduemhoi, Justice Kessington Momoh, Honorable D Spatharis, and many others.

The virtue that most characterizes Dr. James I. A. Eezzuduemhoi is his love of God. He prayed every day. A 6:00 a.m. thirty-minute devotion was followed by an 8:00 a.m. hour Bible study daily. For over seventy years, he faithfully and without fail fasted forty days before Christmas and forty days before Easter. Fasting for the first and the last day of the month was a rule. Dr. Eezzuduemhoi’s children were initiated to fasting at eight years of age. From his sixteenth birthday until five months before his passing, Dr. Eezzuduemhoi read the Bible thirty-two times from Genesis to Revelation.

He also loved music. He played the accordion gracefully and sang beautifully. The angels must be happy having him join their choir.

Dr. Eezzuduemhoi was loved by his wife and was blessed to the see the fruits of his efforts by his children and grandchildren.

“This is the father we knew, respected, and enjoyed our entire lives with. He mapped the road of life for us and showed us the right path to live. We are immensely grateful for having such a gracious, caring, and loving giant in our lives. God called him home to Glory. We are missing him. May his gentle soul Rest in Perfect Peace. Adieu Baba.”

Memphis, Tennessee 38105 or by visiting stjude.org/donate; or to Shriners Hospitals for Children, 2900 Rocky Point Drive, Tampa, Florida 33607 or by visiting lovetotherescue.org. 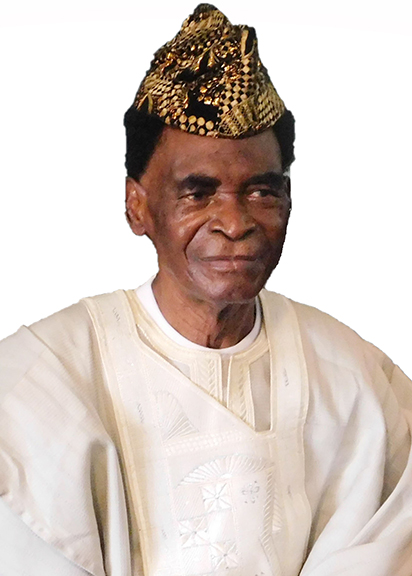 Rest in peace...May the Lord console your family.