He graduated from South Park High School in 1953. Ray served in the United States Army and was stationed in Fort Gordon, Georgia. He served overseas for thirteen months in Korea and was honorably discharged on April 30, 1963. After the service, he went to work for Bob White Electronics then for twenty years worked for Woods TV. Upon retiring he went into cabinet making. Ray enjoyed fishing, was a league bowler for many years, golfing, and time with his big family.

A gathering of Mr. Gallier’s family and friends will be from 3:00 p.m. until 5:00 p.m., Saturday, January 7, 2023, at Broussard’s, 1605 North Major Drive, Beaumont. His cremation arrangements were handled through Broussard’s Crematorium. 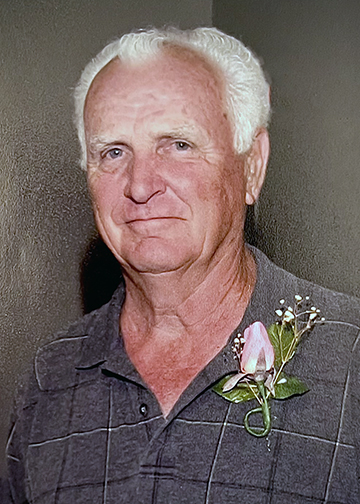 Praying for the family during this sorrowful time. May God grant you all peace. May each cherished memory give you comfort.

I miss my good friend and Golfing Buddy. We sure had some good times playing golf from your tee boxes. Bless your good wife of 67 years, Alene and all your family.

Best Skating Uncle EVER, RIP Uncle Buddy, we Love you and Our Condolences to the family, I will keep y’all in my Prayers

So sorry to hear this sad news. He was a great man, and very well respected. Prayers for the family for peace and comfort. He will definitely be remembered for his love and kindness.

We love you Uncle Buddy, you will be missed. Robert and Martha

So sorry to hear of Ray’s passing. My thoughts & prayers go out to all of the family. He was a big part of Taylor’s life & know he will be forever missed but never forgotten.
Love, Steffanie

Alene and Family – We are very saddened by Ray’s passing. He was a good and kind man and will be missed by the many who were fortunate enough to know him as a friend. We know how very special he was to Taylor and he will forever hold a special place in her heart. Our prayers are with you during this difficult time.

Many great memories of Mr. Galiler from my days working at Crossroads Bowling Center in the 90s. He was a great guy who always had a smile and a kind word for all of us working the night shifts during his leagues. Sad to hear of his passing… but he truly left such a positive impression on me.

All the great times we’ve had with my brother! Those are what we will keep in our hearts forever! May the Lord bless our family in our time of grief and bring us peace! Love and miss you my brother, my friend! Al n Genie

Sorry for your loss David and Liz. Sending prayers for you and your family.

Thinking of y’all! I know he will be missed! Your in my prayers.
Love Karen

So sorry for your loss. My prayers are with your family.

Our Deepest Condolences to the Gallier Family. Mr. Ray was a wonderful man that we were so Blessed with the Priviledge of knowing. He definitely never met a stranger and always made you feel welcomed. You were loved by many and you will be missed by many. Rest in Heavenly Peace Sir.

Much love and hugs to the family!!! Amy