Thomas William Oszczakiewicz gracefully exited this world on Decemebr 17, 2019 in Beaumont, TX at 92 years young. He was born in Northampton, PA from the union of Julia Jastráb Oszczakiewicz and Michał Karol Oszczakiewicz.

He was the youngest of six children and a first generation American. Upon graduating from Northampton High School in 1944, he enlisted in the maritime service. He attended officer school in New York where he specialized in electronics and telegraphy. For essentially the next decade he would serve this country honorably. The world was now his home and he saw a good portion of it. Through his “one of a kind” storytelling, his family has shared in his many amazing adventures!

On a refueling stop in Southeast Texas he met his future wife Annabel Dickerson Van Schoubroek, who had recently moved to Beaumont. They corresponded by mail for the next two years and ultimately, she accepted his proposal of marriage, establishing their family in 1951. Retiring from the maritime service in 1953, he opened a television repair service in Port Neches. After a few years he began a career in the petrochemical industry and enrolled at Lamar Tech, while attending to his young and growing family. He earned a degree in electrical engineering and became a professional engineer. He founded Omega Engineering and was very active in instrumentation and computer programming. Some of his programs are still used by the industry. He taught part time at Lamar University and was an invited guest speaker on multiple occasions. He was involved in several engineering societies and was an inspiring educator to many a young person, including his children, grandchildren, and great grandchildren.

Annabel and Thomas were founding members of St Pius X Catholic Church and had five children together. He was a gifted musician who served in the choir for most of his adult life. He was a renaissance man with many interests, an insatiable curiosity, and engaging personality. The song has ended but the melody will linger for a good while.

He is preceded in death by his parents; wife, Annabel; his brothers, Walter, Stanley, Joseph and Mathew; sister, Helen Nowik; and granddaughter, Grace Annabel Lee.

A Rosary for Mr. Oszczakiewicz will be recited at 5:00 p.m., with a gathering of family and friends to follow, Friday, December 20, 2019, at Broussard’s, 2000 McFaddin Avenue, Beaumont.  A Mass of Christian Burial will be celebrated at 11:00 a.m., Saturday, December 21, 2019, at St. Anthony Cathedral Basilica, 700 Jefferson Street, Beaumont. His interment, with military honors, will follow at Magnolia Cemetery, Beaumont followed by a reception at St. Anthony Cathedral Basilica Center. 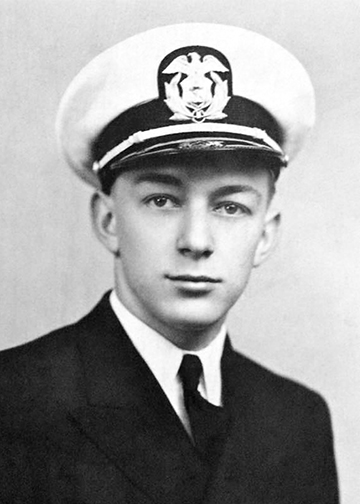 Our hearts ache to lose such a fine, intelligent man! Uncle Tommy was one of the most interesting people we know, and a joy to talk to. But most of all, we envied the deep love he cultivated among his many family members. Whether it was weekly family dinners or welcoming out of town relatives, he had a way of making you feel comfortable and valued. We have no doubt that love will carry you all through this difficult time. Our love to all. Chris and Donna Nowik Bath, PA

I HAVE KNOWN THOMAS SINCE I WAS 6YEARS , HE WAS A AWSOME MAN , I KNOW HE WILL BE MISSED BY MANY , I WILL MISS SEEING YOU, LOVE TO ALL FAMILY , GALE SACHITANO

Julie and Mike I'm so sorry to hear of your dad"s passing. My prayers are with you

I had the pleasure of meeting him years ago at his home. With Julie in the last years have enjoyed his post on Facebook we agreed on on many views. Prayers for family.

A great man with a grand legacy. He used to intimidate me (just a little). Peace, love & light to the Oszczakiewicz family.

So sorry for your loss. Our thoughts and prayers are with you and your family.

Brilliant man, the music will go on. Loved you Uncle Tommy.

I never had the opportunity to meet this fine man, to my loss, BUT I know him through the living testament of the strong, kind, intelligent, creative, and socially conscious children he fathered and guided. Through the mirror of knowing them, He left a legacy that will continue and expand through his strong and loving family example. I honor his memory, and am thankful for his life "well lived". Sadly, I am away, and won't be able to pay my respects personally at any of the services, but will be thinking of everyone, and sending my love and prayers. Much love to all the family...

I first met Tom O. in 1974 when i was running the D. C. Challie Consulting Engineers office and he was working at B. F. Goodrich in Orange, Texas. I interviewed him and offered him a job as an electrical and instrument engineer. He accepted and we worked together about a year before i accepted an ownership position in Matrix. Tom was the first electrical engineer to work in an engineering firm office in Beaumont and we had a few laughs about that. He literally started the use of local consulting for electrical engineering which has since grown by leaps and bounds, He was a truly unique individual and took his professional engineering license very seriously.yet he always saw humor in the little things that others just take for granted. He loved to develop software solutions and could literally spend hours telling me about his latest project. He never lost his enthusiasm for life or for learning. I called him on his ninetieth birthday and he kept me on the phone for over an hour energetically telling me about his latest ideas. I can see him now talking with his friends and family and exploring the wonders of heaven with his inquisitive mind. He lived a long and fruitful life and will be missed. May God's blessings on his family be abundant during this time of transition. ..

Our sincerest condolences to you," Dr. Ozz"; I'm so glad that your Dad had you so you could save my life! We praythat God's Grace comforts you and your family.

Mike and Suzanne so sorry to hear about your Dad's passing. Clearly he was a wonderful father because he raised five wonderful children. Take comfort in knowing you made your parents proud.

So sorry to hear of your Dad's passing. Such a sweet man prayers for the family

I'm sorry for your loss and also, that I didn't get to know your dad better. Yet, it's clear that the Tree was sturdy and strong by seeing the Fruit it bore. What a wonderful family - clearly Thomas was a good man and a good father. My prayers are with you all.

Julie, so sorry for the loss of your father. I will keep your family in my thoughts and prayers.

Thank you everyone for the lovely comments. He had a wonderful vigil and service. We are so proud to have been his children. We grew up hearing how smart and special we each were. He will be missed, but is most certainly deciphering a new dimension.

Dr Oz sorry to hear about passing of your dad. If there is anything I can do to help you please let me know. I know that your faith in God will lead you though this. Hope you and your family can have a wonderful Christmas.

Dear Julie and family, I'm so sorry to hear of the passing of your Dad.. I never really knew him but heard many stories about him. Even by his pictures and the memorial you could tell he was quite a character. Most of all he was the head of an awesome family. I'm sure y'all made him proud everyday . Keep his spirit alive and continue with the traditions he shared with y'all. God bless y'all .

So sorry for your loss...